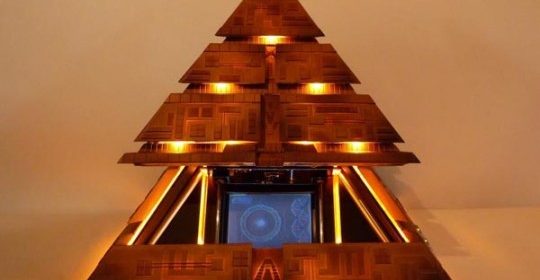 This is just too cool. Normally I wouldn’t include such a mod, but I figure you could toss this in your theater somewhere and it would be an eyepiece while not being an eyesore. Pretty crazy talent to create.