The good folks over at MaximumTech, MaximumPC’s new sister site, have put together a solid overview of most of the current mainstream online movie and TV streaming and rental services.  There is not a lot of new info here, but it is a handy guide for making side-by-side comparisons of the major services if you have been thinking of casting a […]

END_OF_DOCUMENT_TOKEN_TO_BE_REPLACED 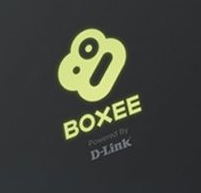 As we can see from the video Boxee provides an excellent first experience with the device with friendly retail packaging and includes an HDMI cable so most users will be able to get started when they bring it home. Device Love it or not, the Boxee Box is certainly unique–sure to stand out in any environment.  How desirable that is […]

END_OF_DOCUMENT_TOKEN_TO_BE_REPLACED

Google kicked off 2010 by adding movie rentals to its YouTube service. Those early Sundance offerings have gradually been supplemented with a variety of independent, Bollywood, and anime rentals, but today Google kicked things up a notch with the announcement that YouTube would be adding 3,000 rental titles from major Hollywood heavyweights Warner Brothers, Sony, and Universal. The titles are expected to include a mix […]