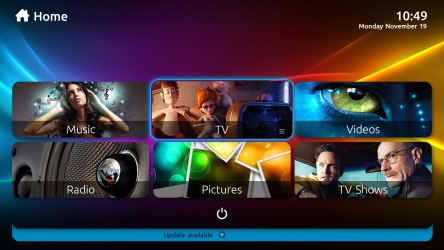 While most of us were cleaning our houses in anticipation of the wave of Thanksgiving visitors, MediaPortal fans were busy jumping on the alpha bandwagon with the release of the MediaPortal 2 Alpha 1 Autumn release. The MediaPortal team teased the MP2 Autumn release last month. The Autumn release is noticeably more stable than the MP2 Summer release and with support for movie collections and .nfo metadata files, MediaPortal 2 is starting to feel like a complete media center package. There are still some obvious feature gaps, but then that is to be expected with alpha software and anyone interested in the future direction of MediaPortal should definitely give the new release a try.

Team MediaPortal is proud to release yet another alpha of the upcoming HTPC revolution – MediaPortal 2!

A lot of work has been done since the summer release of MediaPortal 2.

A few of you might feel a sweet shiver crawling down your spine after reading that news title.

I am extremely happy to announce that after many months of hard work, MediaPortal 1.3.0 Beta is in final testing! So the release is now very close!