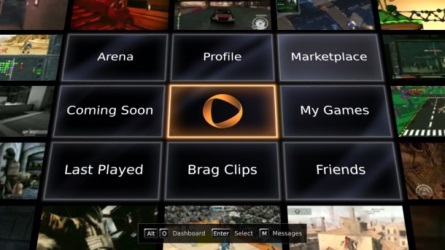 One of the big stories to come out of E3 this year was the push made by Gaikai and OnLive to bring their streaming game services to Smart TV platforms and settop boxes. Indeed, OnLive has been particularly aggressive, appearing on Google TV-powered devices such as the Vizio Co-Star. The push to bring streaming games to connected devices took a turn for the strange last week when rumors started ciculating that OnLive was laying off its work force. OnLive has provided plenty of drama over the last week as the company restructured under a new investor, seemingly leaving the company’s initial investors holding the bag, and provided plenty of opportunities for pundits knowledgable about the workings of the games industry to dissect what went wrong, but new details reveal just how close the company came to disappearing altogether. Apparently OnLive had managed to rack up $30-$40 million in debt and was down to a week before the bills started coming due. Given that OnLIve’s new investor has significantly shallower pockets than the companies that lined up to invest in the company initially, one must wonder just how long the service can keep the lights on this time round and what impact that OnLive’s messy restructuring will have on interest in the streaming games market.

OnLive has tried its best to put a positive spin on the “difficult financial decisions” that led to its”heartbreaking transition” to a new holding company with fewer than half the employees of the old company. But the man in charge of handling the transfer of OnLive’s assets says the company was in significantly more trouble than it has publicly let on, facing $30 million to $40 million in debt that threatened to shut it down entirely.