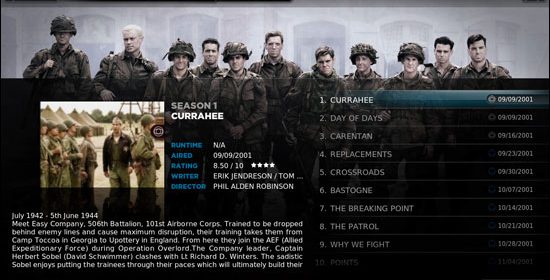 If you’ve ever looked at potentially using a Mac as your HTPC, then you almost certainly have considered Plex, a gorgeous application based off of XBMC that has always strictly been for Mac OS. Well good news, as they now have a Windows available for your testing and enjoyment. With PC’s, there’s SO many frontends to choose from but Plex is throwing their name in the hat, and the price is right (free).

UPDATE 2/18: As several users have pointed out, this is just the backend server for Windows, however there are some Plex users who are working on developing the frontend for Windows as well.

When the time was right, we hired some talented engineers who live and breathe Windows, and they worked on the port. One cool thing that happened, common in these sorts of projects, is that in building the media server on a new platform, they fleshed out bugs that had existed on OS X but had never been found. So as a result, the OS X version of the media server has become more stable, thanks to Windows.

Without further ado, I’d like to invite you to download the Plex Media Server for Windows, and take it for a spin. I also want to thank the group who helped us do initial testing, including hkeylm, brent112, bambuhiphop, dtwilly57, JaymzMac, Stoodo, and especially Pete O. You all rock, and we really appreciate your help.