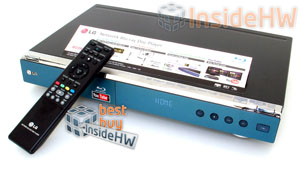 Here’s something revolutionary–a blu-ray review on a player that….ready for this…plays blu-ray discs. Sorry folks, no YouTube, Vudu or any other online streaming video with this box. Up to you if you think that’s a good or a bad thing, but apparently this does a good job of doing..it’s job.