Are there other options besides Dell?

There are many options available for CableCard PCs besides the Dell XPS 420. I went that route for a couple of reasons, chief among them is that this PC is going to be hidden from view and I assume I am not going to need a minimal level of support.

HP also has support for CableCard systems with their Elite line of Pavillion desktops. After going through the configuration manager you should arrive at $1649 for a similarly equipped computer. However, do keep in mind HP does not offer a dual CableCard tuner option. $1649 may seem steep but HP regularly offers coupons that should bring the price in line. A trip to Techbargains.com should get you what you needed. The other difference here is that the computer is built around the ATX standard. This will allow you to stuff the guts in another HTPC case, though that could add significantly to the cost.  One other note, HP allows you to add the LG combo player for an additional $280, whereas the Dell only allows for a Blu-ray writer for $300+.

CableCard systems are still in their infancy, as such, you should be prepared to have some-issues. If you aren’t prepared to deal with tech support of a mammoth corporation, you maybe better off spending the money on a custom build that looks and feels like a HTPC. The beauty here is that folks like S1 Digital, Okoro and Velocity Micro have people you can deal with who are dealing with CableCard issues on a day to day basis. There is a price premium to be paid, but if you start trying to swap out components etc, they are they are the type of folks you want on your side.

The reality of the situation is that you are going to have to buy a pre-built HTPC to get premium cable content. That is why I drank the kool-aid. 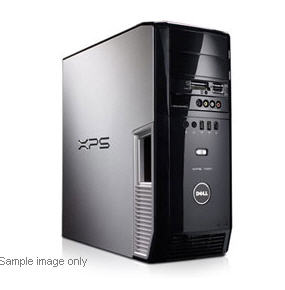