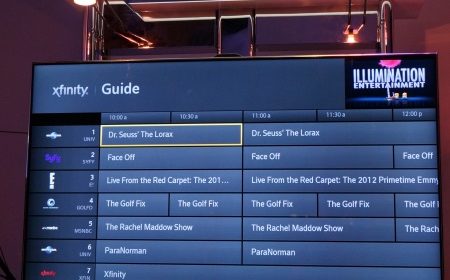 If it weren’t for the decidely future technology of Intel’s Multiscreen demo, it would definitly be on my shortlist for the most interesting things at CES 2013 because there is something very cool about serving TV content to any device in the house. Click through for a walk through of what we saw from Intel during CES 2013.

Powered by an Atom SoC the box on the left acts as your cable modem, DVR, IP phone and media server to stream TV to every device in the house. Phones, tablets, PCs and TVs are included in this group. Unfortunately this is still future tech; we may see it late this year, but most likely 2014.

There were a few All-in-One (AIO) PCs last year, but CES 2013 is where the form factor really shown. I saw AIO from a lot of vendors, but none stood out like Lenovo’s 27″ in the video below. AIO make a good TV + HTPC alternative in space limited environments so I look forward to seeing them develop; hopefully with some good options for audio (maybe WiSA built in?) as well.

Just before I left for CES, Anand published a very interesting article on some work he’d done with Intel to measure Clover Trail’s power consumption against comparable ARM platforms. So when Intel offered to show off the test bed and run some unscripted tests I jumped at the chance. Not surprisingly the Clover Trail (blue line) did very well in the demo scenarios, but it also held up very well running a local H.264 video decode (video below).