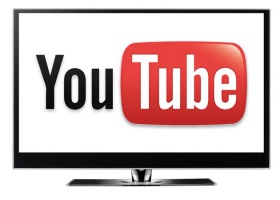 YouTube added movie rentals to its list of features way back in 2010, and Google has been quietly adding more studios to their library over the last year by signing deals with companies such as Disney, DreamWorks Animation, and Paramount. To date, those rentals have been restricted to the PC and the Google TV app, but it sounds like Google might be getting ready to spread the love to other Smart TV platforms. Reportedly, TPVision is anticipating that their Philips Smart TVs will be among the first to start offering YouTube movie rentals in Europe later this year. Given the overlap in function between YouTube, Google Play, and Google TV, one would think that Google would be more interested in developing a cohesive branding experience before pushing out to new platforms, but I suppose it never hurts to have another VOD service provider to choose from.

The company, which is better known for its Philips-branded TV sets, said that it will be offering YouTube rentals in “select European countries” later this year. TPVision also said that “Philips Smart TV will be among the first TV platforms” to offer access to these rentals.