Roku Dropping Channels with International Content in Favor of DISHWorld 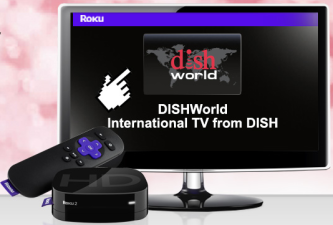 Part of the appeal of the Roku media streamers over the years has been the openness of the platform. At any given time, there have been dozens of unofficial apps or channels that could be added to one’s Roku, and even among the officially supported channels, there were always plenty of off-beat and incredibly niche offerings to explore. The Roku ecosystem has also offered up a surprising amount of international content for those users interested in looking beyond American shores for their entertainment. Unfortunately, those days seem to have come to an end. There may still be plenty of off-beat channels to choose from, but few, if any, that offer international content.

Roku has apparently pulled all or most of the international content channels from their system as part of a deal that the company signed with DISH back in May to bring that company’s DISHWorld service to the Roku platform. DISHWorld is DISH’s IPTV system for bringing international content to domestic customers, and Roku is the set top box that makes it all possible. Roku has defended the move by pointing out that DISHWorld offers more content than all of the removed channels combined and that DISH properly licenses all of the content thay access, ensuring that foreign content distributors are reimbursed appropriately, a guarantee that not all of the previous Roku channel developers could make. However, given that DISHWorld is a subscription service that starts at $19.99 a month, it is a bit difficult to shake the feeling that the real incentive here might DISH’s comparatively deep pockets.

The first live TV feeds on Roku were foreign broadcast transmissions, and numerous companies have used Roku exclusively to reach expat audiences within the U.S. But for many developers, all of this came to a halt this week when Roku removed 25 channels with foreign language content, effectively shutting down the entire international section of its channel store.