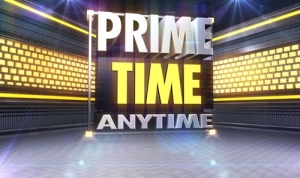 I’ll forgive you if you need a few minutes to check for flying pigs (I certainly did) after discovering that a major MSO has enabled [limited] automatic commercial skipping on their best DVR. Now it’s not quite the same as we in the HTPC community have grown accustomed to since it only applies to PrimeTime Anytime content viewed after 1AM ET, but it is a HUGE step towards actually providing useful features to their customers.

ENGLEWOOD, Colo., May 10, 2012 – DISH satellite subscribers will now get the feature viewers have been waiting for since the beginning of television – the choice to automatically skip over commercials. The new “Auto Hop” capability for the Hopper whole-home HD DVR system is being activated today, and it allows customers to skip all commercials for most recorded primetime HD programs shown on ABC, CBS, FOX and NBC when viewed the day after airing.

“Viewers love to skip commercials,” said Vivek Khemka, vice president of DISH Product Management. “With the Auto Hop capability of the Hopper, watching your favorite shows commercial-free is easier than ever before.  It’s a revolutionary development that no other company offers and it’s something that sets Hopper above the competition.”

DISH is the nation’s third-largest pay-TV provider, delivering TV service to millions of families nationwide.  DISH launched the Hopper whole-home HD DVR system in mid-March, giving viewers the ability to record up to six shows at once while playing back HD content in up to four rooms.

“Auto Hop” is an extension of the Hopper’s PrimeTime Anytime™ capability, the exclusive feature that allows viewers, with one click, to record all of the primetime TV programming on ABC, CBS, FOX and NBC in HD — the networks that deliver some of the most popular shows during primetime.

The Hopper automatically stores these shows for eight days after they have aired, creating an on-demand library of approximately 100 hours of primetime TV shows, and making it easy to access episodes from last night, or last week.

“The magic of PrimeTime Anytime is that it allows DISH subscribers to catch up on all primetime shows, including episodes recorded over the past week and recommended by friends, family, and co-workers after they’ve already been broadcast,” said Khemka. “With Hopper, you have access to all primetime HD programs broadcast by the four major networks. Now you can watch many of those shows commercial-free, with Auto Hop.”

Auto Hop, using patented technology, works with most shows recorded using PrimeTime Anytime (patent pending). A viewer can watch a show with the Auto Hop option commercial-free starting at 1 a.m. ET, after a show has been recorded to the Hopper’s PrimeTime Anytime library. Prior to that, The Hopper’s 30-second “hop forward” feature continues to work for same-day viewing.

Auto Hop does not work on live broadcasts.

Lauded by reviewers as the best whole-home DVR for its intuitive user interface, never-before-seen features and reasonable pricing, the Hopper whole-home HD DVR system makes it easy to enjoy HD programs in multiple rooms. PCMagazine named the Hopper an “Editor’s Choice” among DVR products and calls the award-winning and innovative Hopper “one of the best DVRs we’ve ever seen.”

ENGADGET has similar praise for the Hopper and the PrimeTime Anytime feature “because it allows us to discover shows anytime after they first aired, so if you learn of a great new show while wasting time at the water cooler, it isn’t too late to go home and watch it or choose to save it for a later viewing. It’s a step towards a future where we can watch whatever we want without having to plan in advance or consult a list to make sure our shows will be recorded. What else can we say? It just works.”

For more information about the award-winning Hopper and Joey by DISH, including technical specifications, please visit www.dish.com/hopper.

Hopper and Joey images are available at http://press.dishnetwork.com/Press-Center/Photo-Library.