Technology of CableCARD; How long it’s been around? Why’s it important?
For the full nitty gritty details of CableCARD check out the Wikipedia entry which is fairly thorough. At a higher level, the technology was developed to protect consumers from being forced into having to rent set top boxes (STB) at increasing fees from cable companies (or MSOs) without an alternative. From a home theater PC (HTPC) perspective, it meant the ability to natively tune high definition programming from a cable provider (previously the options were only analog cable, or digital over the air broadcasts).

Originally, the exposure for HTPCs was minimal as there was a single tuner from ATI which required special Windows Vista activation from only a few OEM PC manufacturers; so if you wanted to have CableCARD it required purchasing an entire PC, leaving DIYers out. When Windows 7 was introduced, this requirement was removed and any customers were allowed to purchase ATI tuners and activate them.  Until recently, CableCARD recordings were subject to fairly restrictive DRM, so even after the OEM requirements were relaxed, the technology was not viable for enthusiasts who wanted to placeshift the recordings.

Also, with Windows 7 came the modification of the tuners supported–where previously it was a simple registry modification–in that only 4 of each type of tuner were supported (e.g., 4 CableCARD tuners + 4 QAM tuners would work, but 5 CableCARD tuners would not). While Microsoft enabled expanding the number of tuners for special OEMs Niveus Media and Kaleidascape through the Advanced Entertainment Pack, it took the efforts of some developers to develop a hack such as Tuner Salad to allow this for enthusiasts.

Does the quality of the HD channels differ with CableCARD versus ATSC or ClearQAM?
For ClearQAM (unencrypted digital channels through your existing cable connection) no, for the most part CableCARD content is identical to what is delivered via ClearQAM for local channels while providing the best option for content only available via a subscription.

For ATSC or OTA (Over the Air) digital channels, then yes the quality of ATSC broadcasts can be slightly better than CableCARD but it varies per region and equipment.

The amount of copy protection placed on cable content is an important issue to understand. We know from reports that not all regions handle the channels with the same level of protection, aptly named “Copy Freely,” “Copy Once” or “Copy Never.” Copy freely is what you will often find for most MSOs on the basic channels which treat the stream just like a normal recording file, where you can edit or commercial scan the file, compress, etc., whereas Copy Once is more often found in premium channels such as HBO, SHO, etc.

Which Cable Companies use encryption:
While there is no official report, this is a good guideline to use as of today:

Single stream was promptly replaced with MultiStream CARDs (or M-CARD) which allow for multiple channel access permitted from a single card inserted into the system. The limitation would then be on the actual hardware itself as to how many tuners were built on it. For example, new TiVo devices will support two streams but only require a single CableCARD.

Costs/fees
While a large percentage of MSOs do not charge for the initial CableCARD, there are other providers who will charge for even the first card, anywhere from $2-6.  Considering your standard Set Top Box costs $9.95 or higher, this is where you get a nice savings. If you require additional cards, they are normally available for a rental fee of approximately $2-6 each. This was much more significant with single stream, where having four tuners would cost you an additional $18/month, but is less important with MultiStream.

What CableCARD does to your need for a Set Top Box?
For the most part, having CableCARD inside your HTPC will be an absolute replacement for your need to rent a Set Top Box from your MSO. However, it is not identical. 2-Way types of applications–such as Video-on-Demand, Pay Per View or other service ordering–require two way communication not available on the current generation of MultiStream CableCARDs and therefore will be unusable with your HTPC.

Switched Digital Video (SDV) – what it is and how it affects CableCARD? why it exists?
Cable companies typically have made the following choices with their bandwidth usage:

While #1 would be fantastic the truth is most MSO’s have jumped on the SDV bandwagon as the most practical method of expanding their channel lineups. What makes SDV difficult in a home environment is that if you are in an area with SDV enabled you will need an additional tuning adapter to communicate to the cable and allow your CableCARD tuner to function properly. A minor inconvenience once up and running but a nuisance nonetheless.

With respect to CableCARD tuners, if you are in an area affected by SDV then you will need to obtain a “Tuning Adapter” from your MSO which sits between your cable and the tuner. As of today, there have been reports of compatibility issues with SDV tuning adapters and both SiliconDUST PRIME and Hauppauge DCR-2650 tuners. We will update this guide as drivers mature. 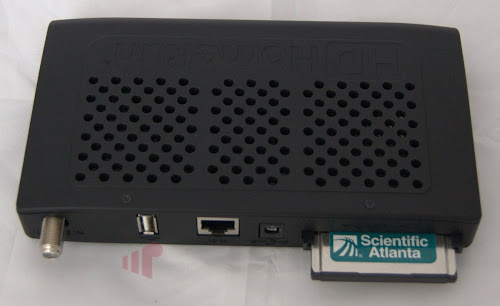 Here are the traditional types of installations allowed for CableCARD:

Assuming you already have cable service up and running, installation is relatively simple:

The professional installation basically means they will bring the card to you, as well as validate the signal and install outlets/cables/splitters as needed for your environment. In my experiences, this did not guarantee a flawless installation so we recommend if you already have your home setup and are feeling confident, to just pick up a card and save the time. If there is any problem with your signal, you can always schedule a technician afterwards.

What are some of the common errors in-field?
While the process of getting your CableCARD up and running has improved significantly over the last few years, here are a couple of more common errors which some folks still experience:

I still need help, what do I do?

There are several things you can do. If you feel that there is a problem with your cable provider whether it is signal related or provisioning, stay calm, call them up and try to escalate your case to someone that can help you if the person you are speaking to is unable to.

If you think there is a hardware or software issue, make sure you have the latest drivers and firmware installed for your tuner as well as your system overall. If you are still having trouble, create a support ticket with the hardware vendor of your CableCARD product.

If you would like to share tips or ask for help from other CableCARD users, visit our CableCARD forum.