Boxee CAN (and will) Survive without Hulu 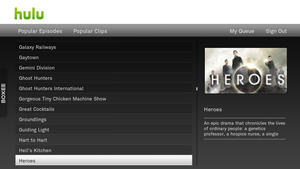 News broke last week from both Boxee and Hulu camps that effective immediately, Boxee was no longer allowed to utilize Hulu’s offerings–arguably a large reason a lot of folks began using Boxee. Hulu integration on Boxee was way ahead of anyone else and allowed you to watch any and all Hulu TV shows streamed from your remote control. Some have argued that this announcement could mean the demise of Boxee as a whole. I would argue, they are wrong. 🙂

I have several blog posts covering the various ins and outs of Boxee,
and what makes it special. There are thousands of posts on their forums
from loyal users and developers. While Hulu may have brought a lot of
people to Boxee, it simply offers so much more that even without it
those users would stay true. The on-line and social integration
features with your media paired with the variety of platforms it can be
used on, and the amazingly good price of FREE all make it hard
arguments against Boxee. 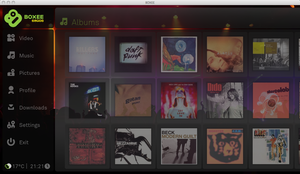 But nobody is good enough to rest on their laurels and Boxee is no
exception–nor have they given any inclination that they are happy with
where they are. And that is what will allow them to continue to thrive.
Here are my checklists for things that will really put Boxee over the
top: 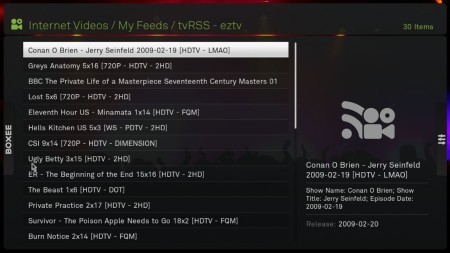 Now, what I don’t think Boxee should do is panic and begin thinking
they need to go the way of Meedio and rush into integrating an actual
television tuner and PVR software into their solution. If there’s one
thing the rapid success of Boxee should have signified is that people
are more than happy to live without cableTV as long as they can get
their shows. Add to that the complexity of all the standards, tuners,
drivers etc, and it just wouldn’t make sense nor pay dividends for
anyone–consumers or the company.

Boxee definitely has the right path in mind for its software, and I
believe they will continue to succeed even given this slight setback.
They give consumers a product they need, at a wonderful price, and make
it attractive and intelligent as well.