I just happened to be in need of scheduling some recordings at work, so was forced to use MSN's Remote Record (since I can't forward ports on the router to be able to use Webguide). But, I was so surprised & impressed with my experience I thought I would share. It seems the MSN TV guys have been working hard behind the scenes and have made quite a few improvements to the process of scheduling recordings to your Media Center from any computer.

I was a little surprised I did not see any notice, or e-mail, or anything when it was updated. Since they did such a great job in my opinion, I feel they finally deserve some praise. This is just a quick blog with some screenshots to showoff the new features and improvements.

As you can see, the homepage is more efficient and I also prefer the new color scheme than the previous light blue. This is hardly the only thing that changed, so let's go over some of the rest and you can decide for yourself.

The heart and soul of TV.MSN is obviously its TV Listings, which are much faster than before. Some people might miss the color scheme grouping of shows (ie. Green for sports, etc), but everything is so easy to find and quick, that I really didn't miss it. 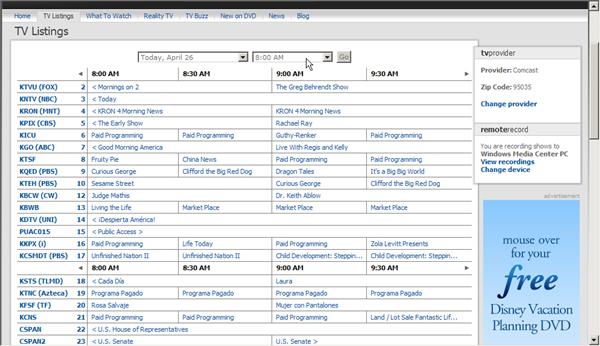 Clicking on a show brings up a dialog box, which is a vast speed improvement over the annoying popup box in the previous version. And you can see from the picture, that I have the option to view more information, view all airings of the show, and then the Record Show button is easy to find. 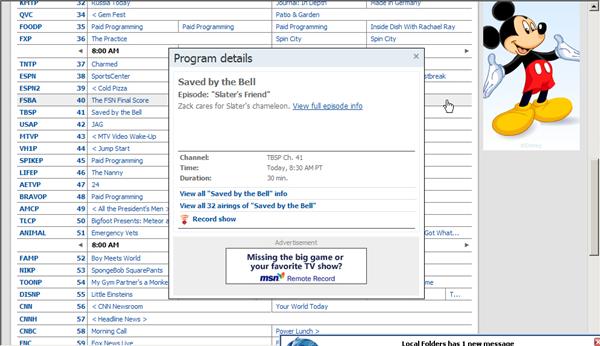 Click record and the box seemlessly changes and prompts you whether you want to record just the single episode or the entire series. 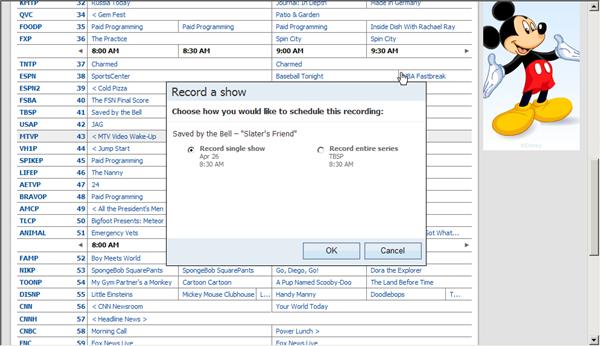 Older users of Remote Record might cringe at this box, as this was usually the time when it would say "Could not record" or some other wacky error. That's not the case with the latest Remote Record. Not only was it fast, but… 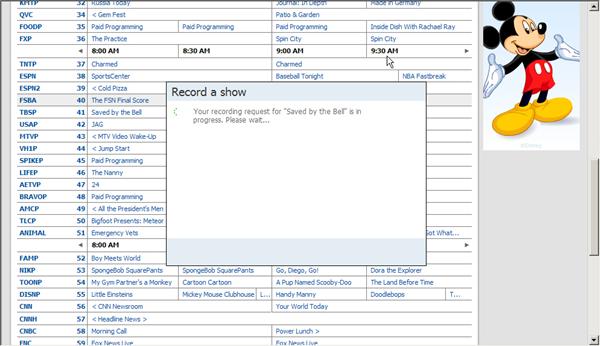 It recorded the show without a hitch. Right there, I would have been sufficiently satisfied at it's improvements, but the Remote Record team didn't stop there. They've clearly been watching the competition (ie. Webguide4) and have made some nice changes… 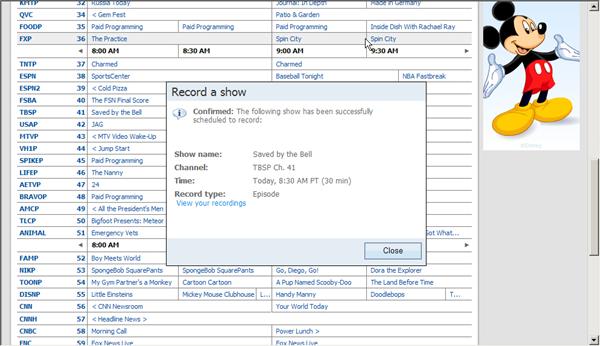 Take note Remote Record team, this isn't without flaw. Say you find a conflict and want to cancel an existing scheduled recording, you cannot. You can only cancel recordings you made via Remote Record. I hope this is there and I just missed it, but if not, hopefully they can incorporate that in the next release. 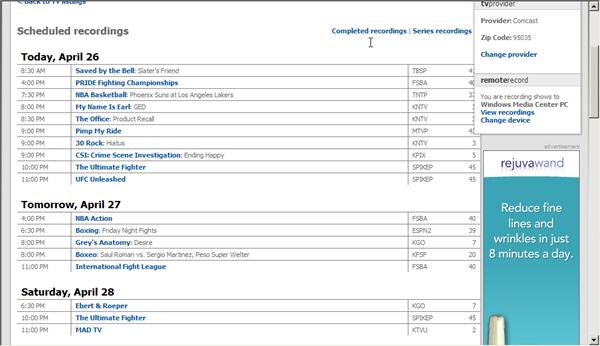 And it's not just scheduled recordings either, they give you a handy list of all your series recordings. Would I like to see the Series' priority listings, sure. But this is a vast improvement to the series control we used to have: Nothing! 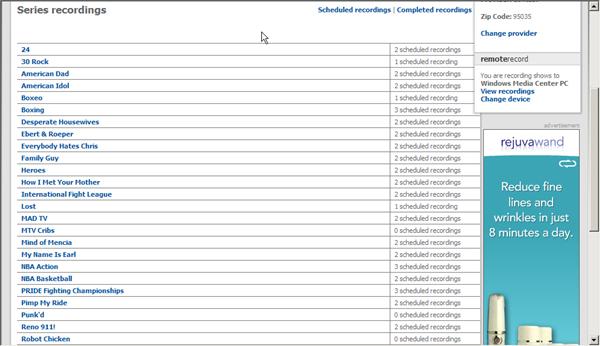 And lastly you can see your recently recorded shows. I don't really find much use for this, but it's nice if you're at work and want to make sure that the show recorded. 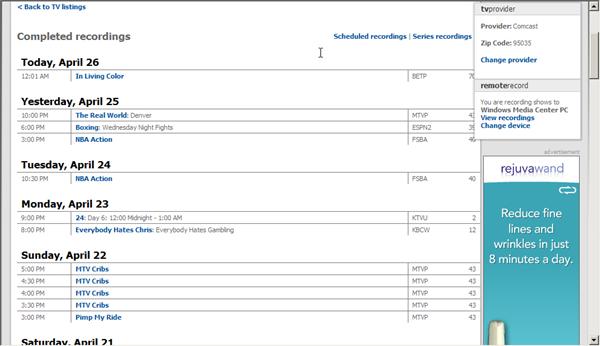 Overall, I must admit I was very surprised and pleased to see all the improvements the Remote Record team have made. It's always nice to see a company as large as Microsoft still take the time to develop an application which provides little revenue to them. Is it as good as Doug's amazing Webguide 4? No, not yet, but to be honest I don't think they're competing. Webguide can do and offers so much, but it's limitation is on your network speed. When you simply need to schedule or view recordings on your Media Center, it appears that FINALLY Remote Record is an option you can count on.