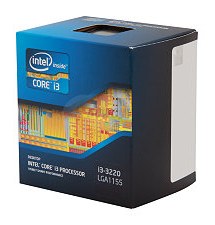 It’s been a while since we last talked about IVB, and for good reason as none of the more interesting HTPC chips were available at launch (or trickled out of OEM status later on). That has chanced, at least in part with HD 2500 Core i3’s available from Newegg and Amazon right now. If you’re holding out for the HD 4000 parts (e.g. Core i3-3225), those don’t seem to have made it out on the same schedule though with it absent from most sites or listed “out-of-stock”. Although, if you don’t mind paying a bit more for shipping it looks like TigerDirect has them.