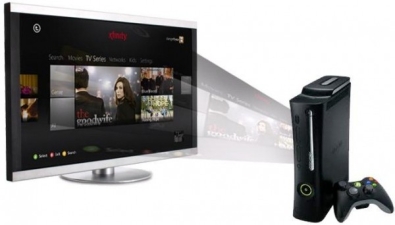 Comcast is apparently close to releasing their XFINITY TV app for the Xbox 360 as the company has lit up some new support pages for the app. There is no mention of the company’s recently announced Streampix service, but there are a number of interesting details about how the app will work and tap into the XFINITY On Demand service. The detail that is likely to catch the most attention is that streaming to XFINITY TV on the Xbox 360 will not count against customers’ data caps. Comcast’s justification is based on the assertion that streaming to Xbox Live is done entirely over the company’s private IP network, and not over the Internet. The company also points out that XFINITY access from a web browser or mobile device will continue to count against data caps because that traffic does go out over the Internet. Comcast’s move is sure to generate a great deal of attention and is almost certain to renew the debate over net neutrality rules. Net neutrality was a political powder keg the last time round, and with election year politics in the mix, Comcast could end up igniting a full-fledged firestorm. Will flying the private network flag rally supporters to Comcast’s cause, or make the company a target?

Comcast says the Xbox app gets special treatment because the video is “being delivered over our private IP network and not the public Internet.” This gives the service a potentially large advantage over not just other video streaming apps like Netflix and Hulu Plus, but also over Comcast On Demand content streamed through the company’s website and mobile apps, both of which count against the data limits.