Bring Your Own Cable Isn’t A Great Idea, Especially for DCFC 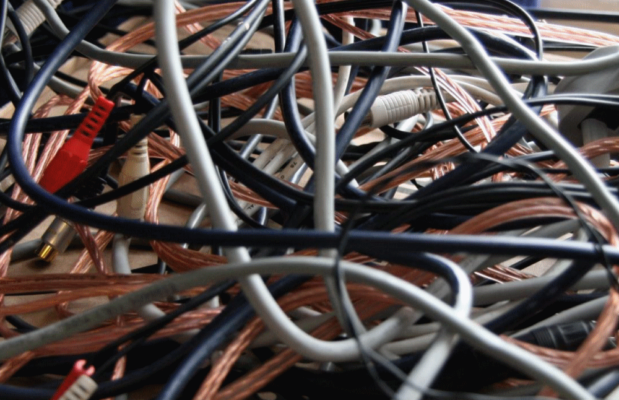 Every so often I see this idea that EVs should carry around their own charge cable, both for Level 2 (L2), and occasionally DC Fast Charging (DCFC). While I can respect the validity of the L2 argument, even though I disagree, for DCFC I struggle to see any compelling reasons around how it could make any sense.

The main thrust of the BYOC advocates, at least from what I’ve seen, is that the current design is the way it is because of the petroleum distribution model (i.e. gas pumps have hoses, so EVSE have cables), and we should rethink this because it’s an outdated an complicated model which places the risk for cable maintenance on whoever owns the charger. They aren’t wrong about the second part. Cable maintenance is currently placed at the feet of whoever operates the EVSE/DCFC; but I’m not sure that’s a problem, especially as we transition towards fewer free chargers. The cost of making sure the cables work should be borne by those that are making money from the transaction, and generally even where charging is “free” now there’s often an implicit payment, even though it’s not direct. A L2 EVSE at a movie theater or mall is a good example of this sort of indirect payment. Much like how parking is generally “free” (in the US) at these locations, and filling potholes the responsibility of the property owners, it exists to make it easy for you spend money at the businesses serviced by that parking lot. Taking it a step further, most of the mall/movie theater L2 installations that I’ve run across are actually run by a company that puts billboards next to them – advertising FTW.

An extension of this argument is that we should think about charging the car in the same way we think about how we charge a phone. You’re responsible for the cable in that case, why not extend that model to cars?

I think this is wrong on a couple fronts. First, I don’t generally leave the house with a USB charger and cable. But even when I do, they don’t weigh very much, and are relatively small. They also don’t cost very much. So if you damage the cable or charger, it’s not awesome, but it’s not going to be more than $50 to replace the whole thing.

Also, USB doesn’t push 350kW, so the risk profile is apples to oranges. Given both of these things, I don’t think it’s a great model even as an analogy. But if we ran with it, remember when people damages devices with dodgy USB-C cables?

I do think that in the right technology context we could build a legitimate argument  around bringing your own cable for L2 charging. The potential for safety issues is much lower, because the amount of energy getting pushed around is much lower, but even there it could cause serious issues because people aren’t great with technology, or maintenance. There’s enough variance in car charging speed (i.e. 7kW vs 11kW), that cable sharing might be an issue; requiring significant end-user education. This isn’t a problem when the EVSE and cable are a single unit because the cord is spec’d for the maximum load.

That’s not an insurmountable concern, because it should be possible to use a USB type model where there’s intelligence built into the cables, charger, and device around how much current they can carry, but the J-1772 spec doesn’t support that. All of this would increase the cost associated with designing, building, deploying connectors that make that possible.

For DCFC, I don’t can’t see a case where BYOC is compelling, mostly due to potential safety issues. But there is more to it than just safety.

We’ve ignored the cost and materials efficiency side of things. Just looking at fast charging. There are ~21,000 DCFC stations in the US. If we assume a 1.5x cable-to-station ratio, because some stations only have one cable, that gives us ~31,500 DCFC cables in market. There are 1.7 million EVs in the US. That’s a massive difference, and it’s only going to get worse because just ~6% of the cars in the US are EVs. DCFC should be relatively rare, so it’s not efficient for every car to own, and carry around, their own DCFC cable. Even if the numbers weren’t so skewed, it would be tough to amortize the cable when you should only be DCFC charging when you need to drive long distances; personally I don’t think I DCFC more than 10-15 times in the ~11 months I have owned the car.

L2 is a little bit more complicated, because you might get into a situation where you need as many EVSE at home as you have EVs, but I suspect that isn’t the case for most people. It just doesn’t make a lot of sense to do that unless the EVs will be driven to their range limits fairly frequently. So requiring every EV to have, and carry around, a cable of the size, complexity, and cost required to make that safe, and convenient, doesn’t seem like the most cost efficient or sustainable choice.