If Ferrari stopped manufacturing sports cars, would that mean that cars in general are dead? That’s the question posed to me today as I learned from confirmed sources that Niveus Media–the creators of arguably the most luxurious high end media center PC’s you could imagine–has announced to their dealers that they will be discontinuing manufacturing of all of their consumer lines of Media Center systems. Instead Niveus (now rebranded and removed the Media from their name) will be turning their attention towards specialized software opportunites, such as Project Snowbird which will enable secure streaming and file transfer of premium content from copy protected service providers. Niveus manufacturing will continue on a modified scale now focused on volume digital signage opportunities.

I have been assured that Niveus is not going anywhere as this transition was made due to the increased software demands and the desire to ensure that they aren’t competing with their potential PC OEM customers who are also selling media center systems on a larger scale. From my understanding of the present CEDIA channel, less than expected sales probably had an influence as well. Existing customers will still receive the same support and warranty as promised upon purchase.

So where does that leave Media Center? On the heels of all the positive announcements from IDF regarding Windows 7 Embedded, I think this is just a small step towards a more streamlined Media Center PC. Gone are the days of the power hungry Denali’s as the demand for something smaller, quieter, cooler and more affordable have taken over. For now, if you want to see more about what Niveus is up to, head over to their new website at Niveus.com . 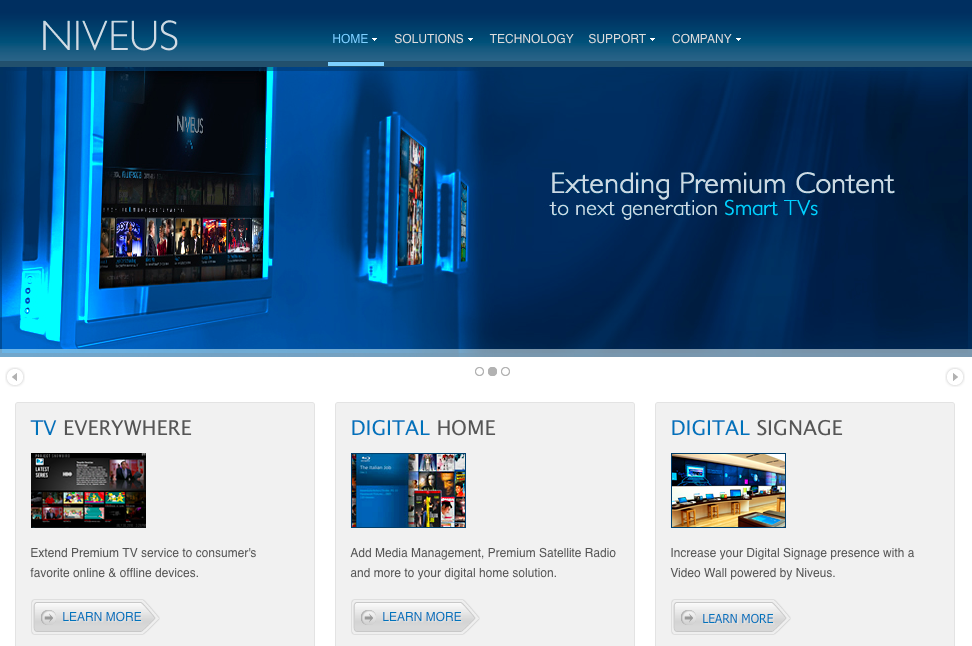