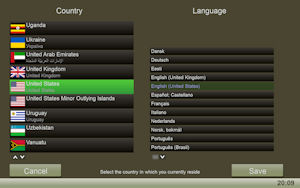 I am happy to say that I now possess two Windows based laptops that each have the Mythtv frontend software built natively on them.  The Mythtv devs have been very busy over the lasts couple of weeks putting together a server to host all of the Mythtv dependencies – MinGW, MSYS, etc – so that the build script will reliably build for Windows users.  You are no longer forced to see if there is an updated package when the build script is unable to find the version that it was expecting.  I can say from experience with both this script and the previous versions that this one is much easier to use.  The process is still the same but you save a lot of time and headache not hunting down the dependencies.

There were a couple of bumps that I ran into with the build script
.  One of the patches didn’t get applied properly and I had to manually
modify a file.  I also ran into a problem where the script didn’t
update the Windows PATH properly so it couldn’t find the C compiler that
it downloaded.  Finally, I had to unRAR a file and put it in the proper
location.  Small things really but they could be troublesome if you
don’t know how to proceed.  Hopefully the devs will have these fixed
soon.  If you run into these problems yourself please let me know and I
can help you through them.

I have not fully tested out all the nooks and crannies yet because my
backend is built on Mythtv 0.21 and the working script is built on Trunk
which is pre-0.24.  I can say that the frontend launches properly and
looks for a backend to connect to but I can’t say much more than that
yet.  Hopefully I’ll have something up shortly to test with.  But this
is a huge step forward for Mythtv running on Windows.

So if any of you have a Mythbackend running somewhere and you want to
try out the frontend under Windows, now is a great time to give it a
shot.  If you give it a shot please leave a comment here telling us how
it went for you.  And I’m sure the Mythtv devs would love feedback as
well because there aren’t that many people running Mythtv under Windows
yet.