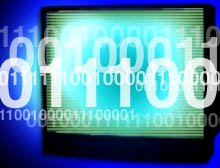 The digital TV transition is a rather interesting problem for America.  People want their TV, but the digital transition is going to confuse many people when it takes effect.

As of this morning, January 28th, unlike the Senate, the House of Representatives voted ‘No’ on the extension of the DTV transition to June. This means that time is of the essence when it comes to replenishing the DTV coupon funds and making sure the right citizens get their coupons.

The vast majority of coupons that have been given out are now expired. Coupons issued from February 2008 through October 2008 are now all expired. These funds need to be recycled ASAP. There is a rather steady trend of approximately 55% redemption rate for every wave of coupons.

Problem #2: Who are redeeming the coupons?

The data gets more interesting when it is filtered by households that are using OTA only (what the NTIA calls "OTA Reliant"). Here the redemption rate is closer to 60% and went as high as 65% in the last few weeks of 2008. So that means that quite a few people who claimed to be using OTA only on their request form are indeed getting the coupons, but not enough, it would be nice to see the numbers higher — into the 70% range.

This is about getting coupons into the hands of the people who truly need the government assistance. This needs to go to people who spending $60 a month on cable would mean sacrificing more essential needs or the elderly couple who are living on a restricted budget. Because of the limited funds, criteria must be used to best allocate these funds.

Since household income data is not currently requested, the coupon form must be revised to do so. In the event this is deemed inappropriate for whatever reason then a far less accurate method, using zip code average income information, could be used. However zip code level income statistics is highly problematic as there are many instances throughout the United States where a region may share a zip code but have different income levels throughout. This could penalize the very people who need access to the coupons, for example: because of being "across the tracks" from a more wealthy neighborhood those who need the coupons may be put at the bottom of the coupon priority.

On the issue of the coupon expiration, it is certainly conceivable that people with expired coupons are simply confused about if and when they should deploy the converter boxes, and/or are confused about what to do next, they’ve been told to get the coupons but don’t know what the next step is. This is an unfortunate byproduct of the transition — those who need coupons may indeed have to re-apply for them. With the proposed newer checks and balances in place this should allow those who need them to actually get the coupons [back].