Historically one of the hardest parts about going DYI (do it yourself) with a small form factor (SFF) home theater PC (HTPC) has been finding a nice mini-ITX case that actually looks like it belongs in the A/V stack.  Until recently enthusiasts have had to choose between “the cube” and killing the pig for a benchmark chassis like the OrigenAE M10; fortunately Wesena is set to alter this dichotomy with their all aluminum ITX7 enclosure.  Offering a sleek look, space for a slot loading optical drive and a built in infrared receiver we have the opportunity to take a look at the first revision of an interesting new entrant in this space.

The “face” is the most important thing to get right on an enclosure so I was very concerned by the enormous “WESENA” logo located on the unit.  There is some good news, and some bad, when it comes to this however.  The good is that there will be two differences between this case and the second iteration of the chassis; one is that the logo will be a much more discrete 1” wide and located on the top left corner and secondly the color of the feet in the final units will be color matched with the case – black for the black chassis and silver for silver.  On the other hand, the second revision is still a few weeks out and with two versions in the channel there is potential for confusion so some clarification may be required to ensure expectations are in-line with the final result.

Along the bottom of the case we find the power switch, power LED, two USB, Secure Digital card slot and infrared (IR) receiver, with space for a slot loading optical drive located on the top.  Similar to other chassis with hidden optical drives, the ITX7 includes a small plastic nub on the bottom left of the slot for actuating the drive’s eject button.  The used Sony BC-5600S I picked up on eBay did not have a physical eject button so some electrical tape was used to secure it to the front panel.  It is also worth pointing out the almost perfect amount of light output by the power LED, because it is something so many HTPC cases get wrong; going way too bright.

Given the heft, I was not surprised with the thickness of the aluminum used in the chassis.  The ITX7 has a very solid feel to it with plenty of slots for allowing air to flow inside the case when using an exhaust fan.  There are no slots located on the top however so natural convection will be somewhat limited if opting to forgo active cooling.  It is also worth noting that because of its size, the ITX7 does not have space for a traditional ATX power supply unit (PSU) so a pico-PSU or similar will be required; a hole directly above the rear I/O panel is provided for the plug. 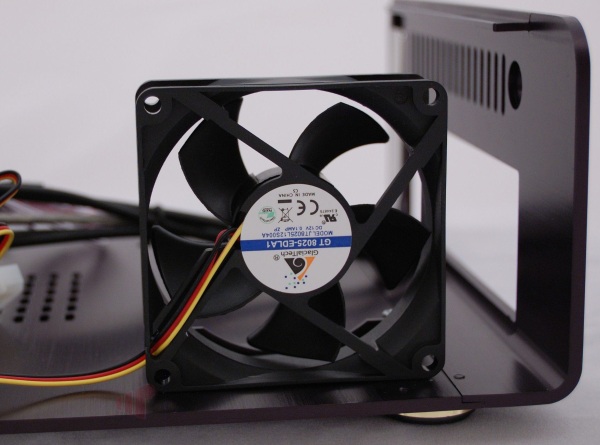 The case includes a mounting bracket and 80mm GlacialTech oriented for use as an exhaust fan.  While I did not experience any issues with its cooling performance, the fan did make an audible clicking noise in operation so it was replaced with an Artic Cooling 80mm PWM (four pin).  To be fair, I am very sensitive to fan noise and it was not noticeable in all of the environments, only those with a low noise floor.

A bracket for the optical drive, one 2.5” (bottom mount) and one 3.5” hard drive is provided.  The 3.5” mount includes vibration isolators but installing a device requires a low profile CPU heat sink and fan (HSF) so it was not tested – check out the build gallery for a picture of the overhang.

Overall working with the case was straightforward with very few issues noted during the build.  The only major challenge was encountered when trying to get the drive bracket back into the enclosure with the motherboard installed because the HSF was blocking it.  Resolving this required removal of one of the sides; where it was not immediately obvious that three screws secure each side of the case to the bottom, and the feet must be detached to access the two on the edges. 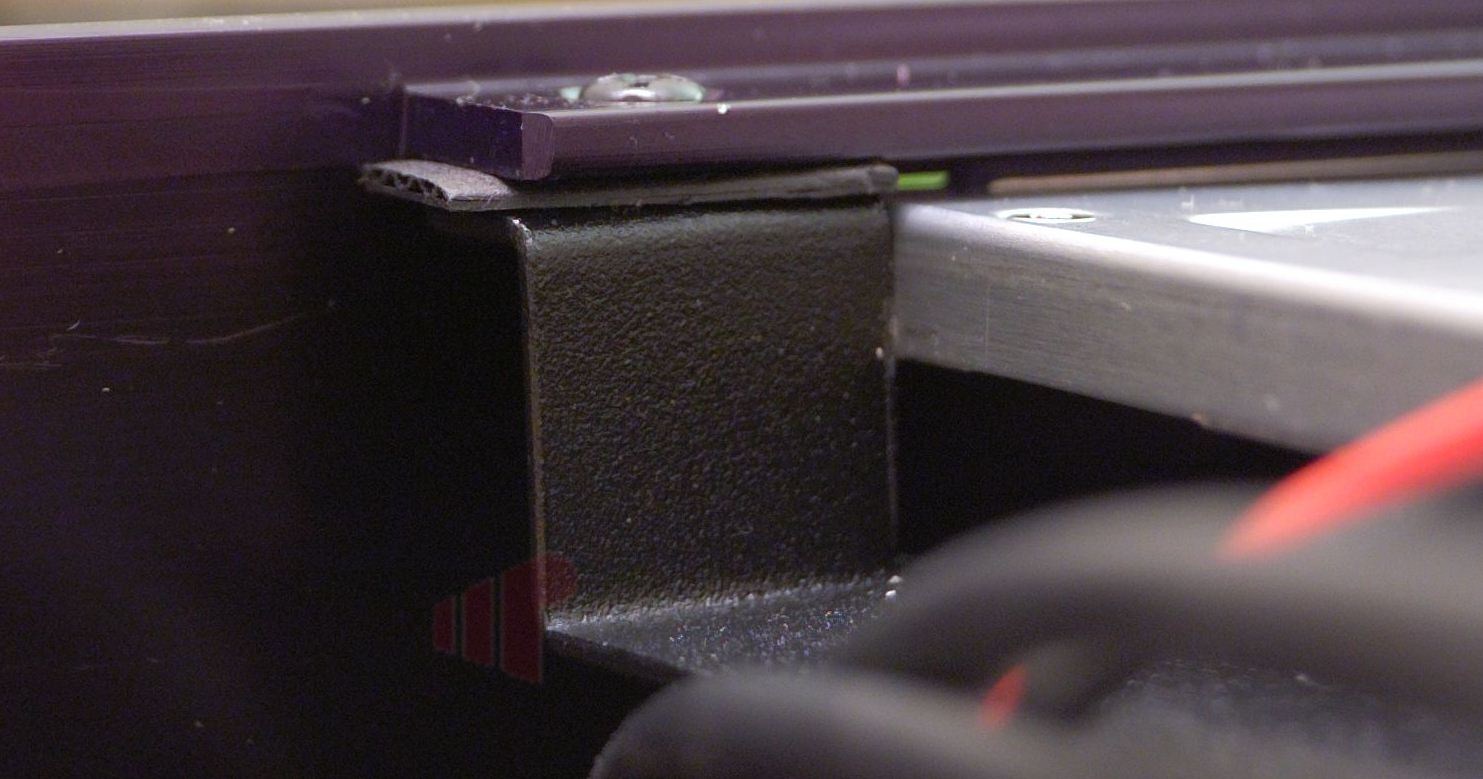 The case does have some minor fit-and-finish issues consistent with other enclosures at its price point.  The most notable is that the optical drive required a slight shim to get it aligned perfectly with the slot. 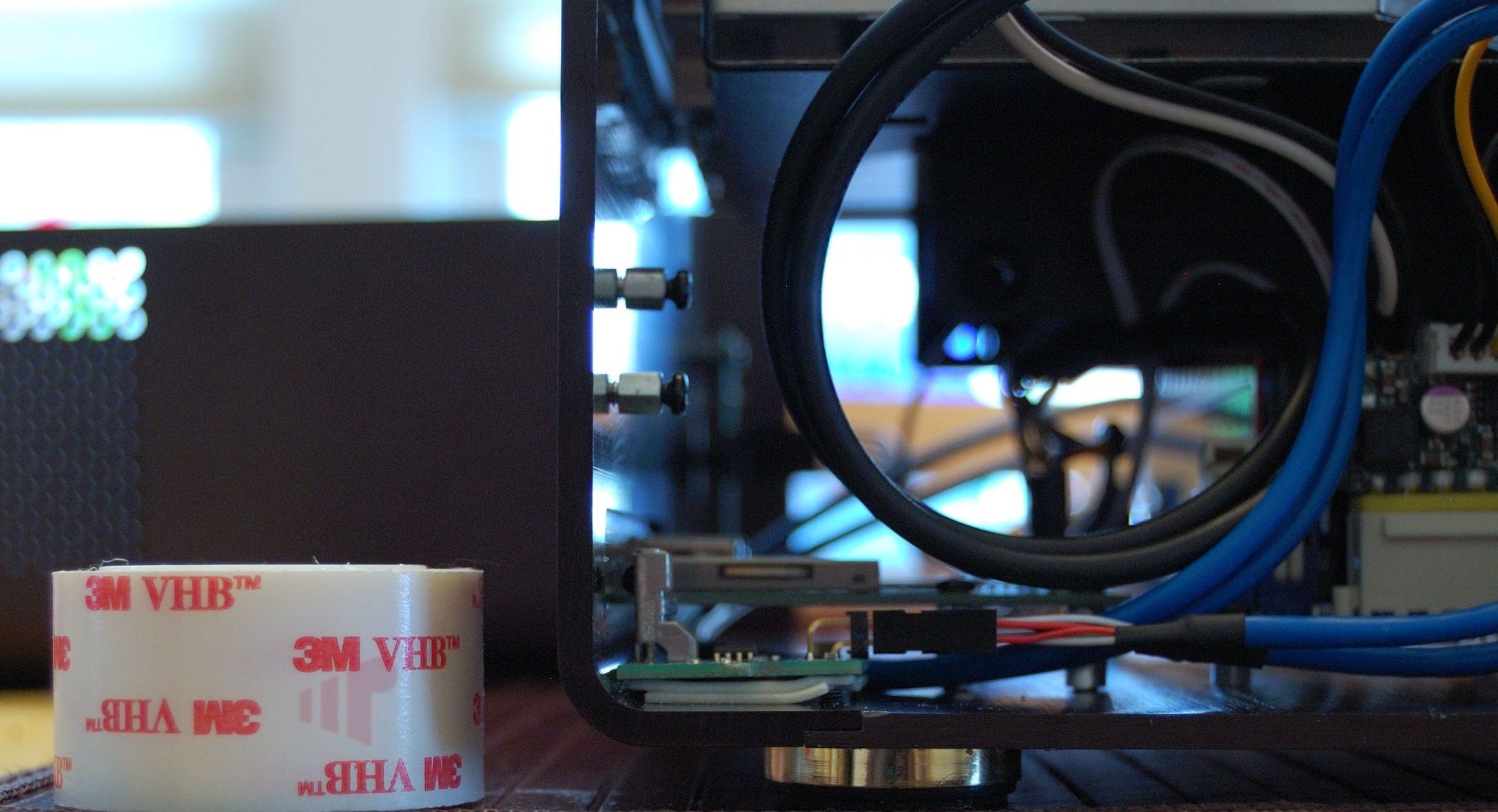 Built in infrared (IR) is huge bonus for the HTPC seeking to blend perfectly with other A/V components, so I was very pleased to find that that the ITX7 comes with an IR receiver.  The sample did not come with a RC260 or RC153 remote supported by the receiver (an optional accessory) so without an easy way to train my Harmony I tried to drive it with a standard RC6 Media Center remote – which did work but only partially.  Since the receiver does not fully emulate an eHome device not all of the buttons work (e.g. back does not go back) and some function in unexpected ways (e.g. page up/down are reversed), so after some frustration I ended up just replacing it with the Intel CIR receiver supported on the DH67CF motherboard.  To be clear, this anecdote should only be taken in the intended context — even when something does not work as expected, it was great working with a case with the flexibility to create a solution.

Several PCI-e add-in cards were tested for size in the case, including two tuners and two discrete GPU.  All of the true single slot devices installed and functioned perfectly, but our “single-and-a-half” low profile NVIDIA GT430 card’s HSF was too large to allow the top to be installed– something to be aware of during component selection.

Those who saw our Core i3-2100T review the temperature numbers noted above for system idle, Blu-ray playback, Quick Sync and CPU transcoding will be familiar as they were captured in the Wesena ITX7.  Clearly even under stress the case was able to handle the heat load placed on it with minimal fan spin-up.

Only considering the thick brushed aluminum construction, built-in IR and the right look for home theater integration the Wesena ITX7 has tremendous potential to service those requiring a quality SFF HTPC enclosure for a DYI build; factoring in the price of $99 I think Wesena got the cost-to-value ratio with this chassis just about right.  Our sample was not perfect however; with a logo featuring poor size and placement on the chassis and some minor fit-and-finish issues.  Fortunately an updated version will be arriving in a few weeks to address the logo; a welcome change but one that also carries the potential for confusion.

Thanks to Perfect Home Theater for providing the Wesena ITX7