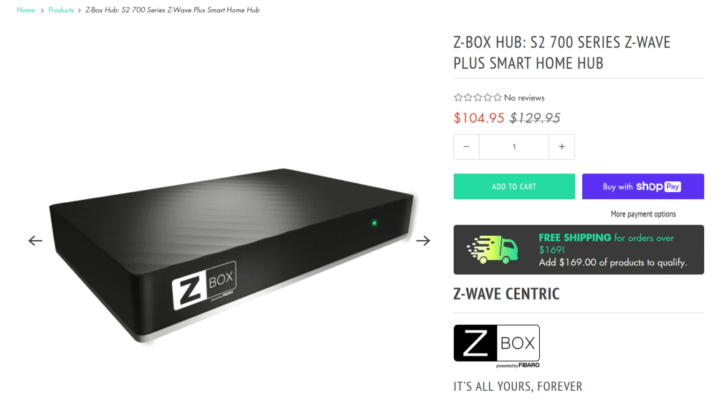 Not sure how I missed it, but I’m blaming Zooz PR :P. Apparently they announced their Z-BOX Home Automation Controller (HAC) about a month ago, and have just started selling it at The Smartest House. Normally, I would approach this sort of thing with extreme caution, but they are saying the right words around security, where the intelligence sits, etc., AND have partnered with Fibaro to deliver the HAC. For those who don’t know, Fibaro is a very well established vendor in the Home Automation (HA) space. IIRC, most of their market focus is in Europe, but the automation bit, you know the tricky part, would be the same no matter the locale, so there’s a good chance this could be the real deal.

Selling the concept against established HAC from companies like Hubitat, will be the biggest hurdle for several reasons. The most obvious one is price. The Z-BOX’s early adopter pricing is higher than what I would have to spend to get the newest Hubitat HAC, that also includes a Zigbee radio, is mature in market, is infinitely extensible, and probably most importantly, has a well established and enthusiastic community leveraging that extensibility to do cool things. But, players like Hubitat have a massive barrier around usability. They just aren’t approachable by a wider, less tech focused, audience. So there is space for devices like the Z-BOX if they can nail that, which again is why the Fibaro aspect is key. The last time I had a play with their interface, it was easy on the eyes and very easy to work with. I look forward to seeing how this all develops.