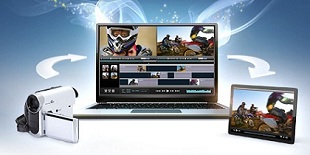 Today Intel announced at the North American Broadcasters show that they will be releasing a version of the Media SDK (MSDK) for Linux. For those who don’t know, the MSDK is the software layer that enables Quick Sync (QS) hardware accelerated video decoding and encoding. Given the location of the announcement Intel is probably targeting MSOs to use this technology in their rendering servers, but it also has potential for applications in STB as well. All that said, I’m much more interested in how it will play in the Linux media server market for applications like XBMC + Plex. The implementation is not limited (like is is on pre-Windows 8) to display device enumeration so it will work headless, and coolest of all should be API compatible with the current Windows SDK – so porting existing apps will be straightforward.

The limited beta starts soon, so if you’re interested in having a go make sure to sign up ASAP. I will be :).