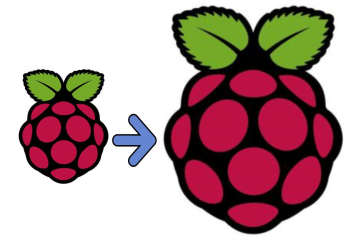 With XBMC adding Raspberry Pi support, there has never been a better time for DIYers to try their hand at building their own SoC-based HTPC/extender. How fortunate then that the diminutive hardware kit continues to improve. The Rasperry Pi is available as a Model A or Model B variant with 128MB and 256MB of RAM respectively. With RAM prices in freefall, it should not be too surprising that the first hardware refresh would come with more memory, and sure enough the Model A and Model B variants are both shipping with twice as much memory as they originally did, jumping to 256MB and 512MB. The best part is that the new units not only retain their original names, but also their original price tags. The B model has been especially popular for digital media applications and having twice the RAM should help provide a bit more performance for particualrly heavy applications.

Answering to the cries of tinkerers worldwide, the Raspberry Pi foundation today announced you’ll be able to get their credit card sized computer with double the amount of RAM. But rather than launching a new and more expensive model they’ll just tweak the current one and keep the $35 price tag.