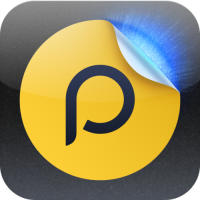 I have already lamented the lack of news from Google regarding Google TV during the Google I/O developer’s conference last week. Obviously I was looking in the wrong direction because at least one company saw fit to talk up Google TV during the conference: Peel. When we reviewed the Peel Universal Smart Remote for iPhone and Android, we found a universal remote control app system that, while capable enough, didn’t really do much to differentiate itself from the growing collection of similar systems that were flooding the market at the time. Well, Peel is back with a new product specifically for Google TV dubbed AllPlay TV.

AllPlay TV is a new feature coming to the Android version of their Universal Smart Remote app that allows Peel to offer direct control of Google TV over your wireless network. The basic principle remains the same, except there is no longer a need for the usual IR hardware. Unfortunately, in its initial release, AllPlay TV is extremely limited, only offering control for connected DirecTV DVRs and Netflix for streaming services. If you don’t use these services, you are not going to be able to access anything through Peel beyond the Google Play universe. Peel is promising more to come, though even assuming more DVRs and streaming services come online, the biggest limitation may end up being the need for a Google TV.

At the moment, though, the “All” in AllPlay is a relative term. For one thing, you need a Google TV device to use it–the Peel app talks to Google TV over your Wi-Fi network and doesn’t need the $99.95 universal-remote adapter. The only online video service it supports is Netflix. And it works only with DirecTV DVRs. In other words, you need to be a DirecTV customer who subscribes to Netflix and owns Google TV to get the full experience.