Not All H67 Motherboards Will Support Ivy Bridge 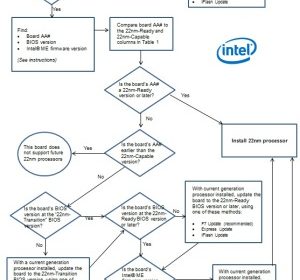 A few weeks ago Intel released a BIOS update for their H67 Media Series motherboards that provided support for next generation 22nm CPUs, better known as Ivy Bridge. Shortly their after the file was pulled because of issues with bricked boards. Well today an updated BIOS dropped offering this, and a few other features. As I was working my way through the release notes I was surprised to find this page; which documents, in a somewhat unclear way, that some boards won’t be making the cut. Disappointing given the information previously available; have to wonder if other OEMs will be publishing their own decision trees in the next couple months…

The following 6 Series desktop boards do not include support for future 22nm processors: