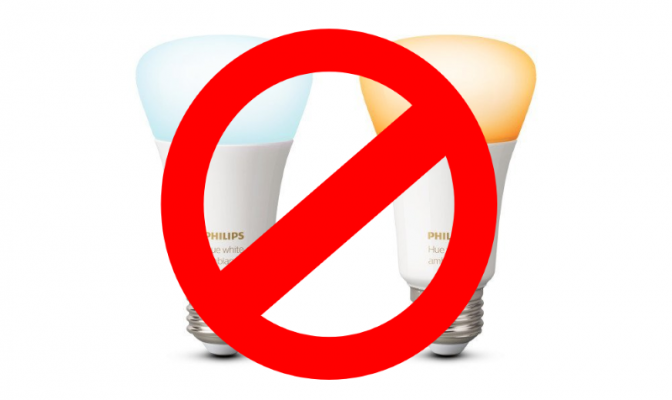 The other day I received a email from Monoprice lauding the arrival of its new $19 “Smart LED bulb… Works with Amazon Alexa & Google Assistant…“. Which is cheap for a single Wi-Fi enabled “smart” bulb, but it reminded me how wrong these sorts of home automation devices are. OK, that may be a little hyperbolic, but just a touch… I get that this is an cheap way to get started with home automation (HA), and for that credit is due. While initially cheaper, the cost difference is not significant as the deployment scales out, but more importantly there is a bigger problem with smart bulbs because they put intelligence in the wrong place, which creates usability issues.

First looking at cost. Smart bulbs are a cheap way to get started with HA. $19 for that Monoprice bulb, $28 for a single white Philips Hue (or $12.50 in a four pack), where a $33 (average cost) Z-Wave switch is useless with out a hub (aka home automation controller or HAC). So if you are only installing one or two bulbs, the startup cost of a Z-Wave system is disproportionately high. As you scale out though, the cost of the hub, and note that Hue also uses a hub, gets less important and with a Z-Wave switch able to control multiple bulbs at a time it can be more cost effective depending on the room. So that “cheap way to get started with HA” does not necessarily stay cheap for long.

Looking at the breakdown for bulbs, hubs, and switches for the three options we can see that at one bulb the per-unit-of-smart is cheapest for the Monoprice option and most expensive for the Z-Wave. For the purpose of this exercise lets assume that we’ll be replacing all of the bulbs in the system for LEDs regardless of approach, but obviously if you already have dumb bulbs installed there is not a need to replace them for the Z-Wave method. Which raises another issue that I have with Smart bulbs. A light bulb is a consumable product. That is, we expect them to break, and need to be replaced at some point. The lifespan of LED light bulbs is much better than incandescents, so this is not as much of an issue as it was a few years ago, but I have had to replace LED bulbs within a year or two so it is something to keep in mind. The other thing worth mentioning is the cost of the dumb LED bulbs can vary significantly depending on the source. The price noted below is what I paid, and confirmed over the weekend, as the price for a six pack of dimmable LEDs from CostCo (i.e. six bulbs for $6).

To get an example bulb/switch count I went through our house and compiled the table below:

And now the running totals as we add rooms (note assumption that we will be buying Hue bulbs in 4x, which would not be correct if stopping after the first room):

In each of our HA implementations I have always started with the bedrooms. So that is how I laid out the running totals above. The Monoprice approach passed both the Hue and Z-Wave installations at room three due to the bulb count outweighing the higher startup costs. Hue also ends up being more expensive than Z-Wave, but that ties back to the use of under cabinet lighting in the kitchen where Z-Wave is just a switch replacement, and the bulb count in our living room.

Obviously, this will vary, in some cases significantly house-to-house. If all of your rooms have a single bulb, then the scenario above will not apply. But, having said that, I think that is an uncommon enough scenario (at least in the houses we have lived in) that the general point can be made that as the number of bulbs-to-be-made-smart goes up, the more cost effective a Z-Wave based system becomes. Home automation is addictive, and quickly becomes “all in”, especially once voice control and event response are introduced. But, cost is not the biggest consideration when planning an installation.

If you can change a light bulb, you can install a smart bulb. Which is an important “pro” for the devices. There are no screwdrivers, no messing with electrical wiring, or worrying about neutral. But that comes at a huge cost to usability. That light switch, the one that we’ve been trained to use since childhood, is now off limits. Instead of home automation extending the existing usage model. You have to learn a new one, and then train everyone who will come into contact with it, or risk having your smart bulbs lose their intelligence. In a installation with one or two bulbs and limited user interaction, this is probably acceptable. Scaling beyond that, it quickly becomes a burden. Especially for friends and family members.

A “traditional” HA setup with Z-Wave is harder to setup, requires a hub, and is more effort to install but, you get a model that works the same as the existing one. It requires no user training for “dumb” interactions – the light switch is still a light switch. Automation is a bonus layer on top of that. There is no need for special instructions, or retraining the people who interact with the system on how to use it. So while the initial installation effort is greater, on aggregate the amount of effort required is significantly less. Plus because it uses a dedicated radio frequency, there will not be 97 devices cluttering your Wi-Fi, and the hub is the only device that takes an IP. 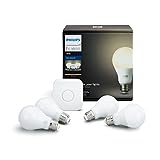 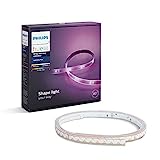 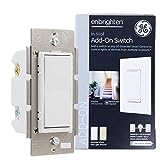