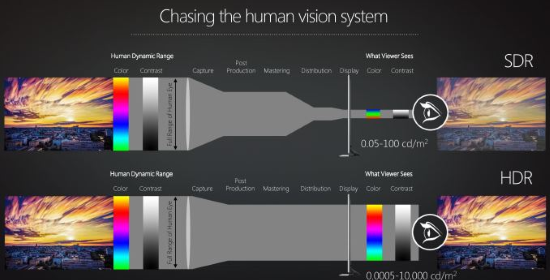 There is a ton of great information around AMD’s future plans for 10-bit, Rec. 2020, and many other things in the AnandTech write-up, but two items stood out for me: HDR and HDMI 2.0a support in 2016 GPUs. Huzzah!

As part of AMD’s RTG technology summit, I had the chance to sit down and hear about RTG’s plans for their visual technologies (displays) group for 2016. Though RTG isn’t announcing any new architecture or chips at this time, the company has put together a roadmap for what they want to do with both hardware and software for the rest of 2015 and in to 2016. Much of what follows isn’t likely to surprise regular observers of the GPU world, but it none the less sets some clear expectations for what is in RTG’s future over much of the next year.