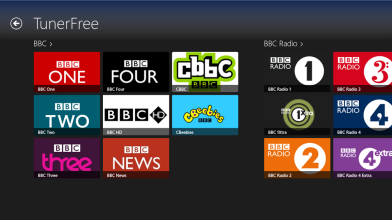 For for a long time TunerFreeMCE has been the best addin for bringing on demand TV into Windows Media Center with out the need for a TV Tuner (hence the name). Martin Millmore the developer of TunerFree has brought the app to the Windows Store, bringing TV to Windows 8 and Windows RT.