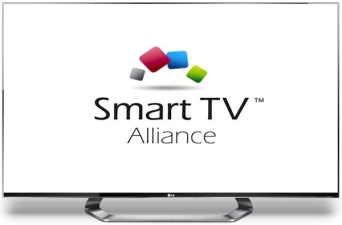 Every major TV manufacturer is trying to build a Smart TV platform these days, each with their own app store and development tools. The reality is that, for the most part, all of these manufacturers are looking to provide the same apps and access to the same connected services, so it seems silly that we should have all these different versions of the same apps, each with their own look and feel for consumers to adjust to, and each designed on a different SDK that developers have to work with. LG and TP Vision, the company that purchased the TV unit of Philips, have a plan to change things and have formed the Smart TV Alliance to promote cross-platform apps for Smart TVs. The goal is enlist TV manufacturers interested in creating a common development environment that will enable a write once-play anywhere system for developers and greater app interface consistency for consumers. There are rumors that other companies might get involved, but unfortunately,  I can think of a couple of TV manufacturers who are likely to see maintaining their exclusive platforms as the key to maintaining their early leads in the Smart TV market.

Upgrading to a Smart TV is the next step. Check out Richer Sounds for the latest models and deals.

Philips and LG have activated their Smart TV Alliance today with the intention of creating apps that work across internet televisions built by different manufacturers.

The partnership was first announced back at IFA 2011 when LG and TP Vision (for Philips TVs) promised more details in due course, including the names of other television makers getting involved.