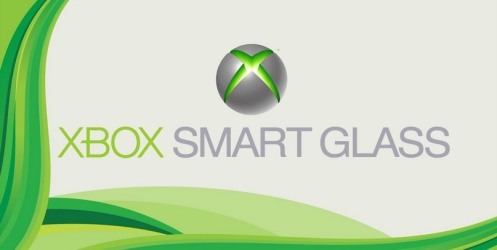 Of the three major console manufacturers, Microsoft is the Johnny-come-lately, but somehow the company has managed to stake out the first slot on the first day of E3 for their keynote over the last few years. For this year’s keynote, all ears were perked lest Microsoft let a detail slip about the Xbox 360’s successor. In the end, no details slipped and Microsoft showed off a solid line-up of hardcore and casual games, all backed by a big bet on Kinect, but `round these parts, the most interesting announcements related to how Microsoft plans to continue to push the Xbox 360 as the living room media hub.

The big news on this front was Xbox SmartGlass. Details first started leaking a couple of days before E3, but no one was exactly sure what to expect until Microsoft took the wraps off of Xbox SmartGlass on stage. Xbox SmartGlass is an app that will be available on Windows 8, Windows Phone, iOS, and Android devices this fall that offers Xbox remote control, media hand-off and play-to functions, and supplemental experiences for games and media. The first two functions appear to be a refined and slightly enhanced version of what the Xbox Companion App currently provides, except cross-platform. It’s the last feature that offers the most intriguing opportunities for the future. During the keynote, Microsoft demonstrated an example of the Xbox playing back an episode of Game of Thrones while, on a tablet, Xbox SmartGlass showed a map of the character’s off-screen journey through the realm, as well as an example of the Xbox playing Halo 4 while Xbox SmartGlass was displaying Halo WayPoint updates on a mobile device.

While gaming pundits seem to be quick to characterize Xbox SmartGlass as a response to the Wii U GamePad’s auxiliary screen functionality for gaming, this is only part of what Xbox SmartGlass brings to the table. The real target here actually appears to be Apple. With the Xbox, Kinect and Xbox SmartGlass, Microsoft is positioned to offer the streaming media functionality of the Apple TV, Siri-like interaction with the home theater and a credible Apple AirPlay competitor, all wrapped up in a high-quality video gaming system and support for your choice of mobile devices, including ones you probably already own. The ribbon on the package was the announcement that Internet Explorer is also coming to the Xbox and that Xbox SmartGlass will offer an option for controlling the experience in lieu of a mouse and keyboard.

While Xbox SmartGlass hogged the spotlight, Microsoft was also making announcements about the next wave of content partners that will be bringing apps to the Xbox 360 this year. Microsoft is currently listing 35 new partners, including Nickelodeon, NBA Game Time and NHL GameCenter, WatchESPN, and the one I am embarrassed to admit that I will probably use the most, The Weather Channel. The least surprising announcement was the unveiling of Xbox Music, Microsoft’s replacement for the Zune Music service. Other than incorporating some of the Zune Music service features into the Xbox Dashboard and maybe a larger music catalog, Xbox Music looks largely to be a rebranding effort. The real surprise is that Xbox Music will not launch until this fall.

To kick-start the Electronic Entertainment Expo (E3), Microsoft Corp. today unveiled a bold new vision for enjoying entertainment at home and on the go with Xbox SmartGlass. Launching this year, Xbox SmartGlass is an application for Windows 8, Windows Phone, and other portable devices that connects phones, PCs and tablets with your Xbox 360 console to make your entertainment smarter, more interactive and more fun.1 The intelligence of Xbox SmartGlass makes your entertainment more engaging, Web surfing more effortless, and playing games more immersive by delivering companion content and control to enhance your TV experience.