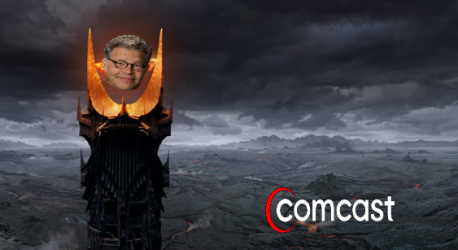 A few days before releasing the XFINITY TV app for the Xbox 360, Comcast posted a FAQ regarding the app. For many folks, the most interesting tidbit was Comcast’s announcement that XFINITY TV on Xbox Live usage would not count against Comcast subscribers’ bandwidth caps. Comcast’s reasoning was that all of the data transmissions were occurring on Comcast’s private network and not being sent over the Internet. Indeed, that FAQ went on to point out that the Xbox app was unique and that this exemption did not apply to apps on other platforms or to PC browser access.

Nevertheless, Comcast had to know that the decision would raise some eyebrows. Senator Al Franken, a longtime net neutrality advocate, decided that raising his eyebrows was not enough and has written a letter to the FCC and the Department of Justice urging the agencies to re-examine the NBC-Comcast merger, of which Franken has been a staunch critic, citing the XFINITY app as one example of how Comcast seems to be working to circumvent the conditions of the merger. This comes on the heels of Netflix CEO Reed Hasting’s pointed complaints in which he described Comcast’s move as “not neutral”.

Franken concludes: “I am concerned that these sorts of delays always inure to the benefit of Comcast and give Comcast further incentive to challenge any aspect of its compliance with the merger order.” He’s also “very concerned” about Comcast’s announcement last month that its Xbox Live television streaming would not count against existing data caps. Comcast argues the video is “being delivered over our private IP network and not the public Internet.”