ICE OEMs are dropping the ball on EV conquests 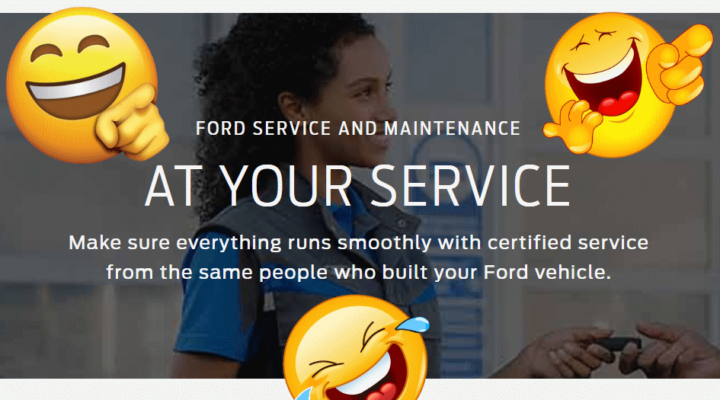 This is kind of off topic for what we usually cover here, apologies, but it’s something that I’ve been thinking about recently (mostly because it’s been relevant). Although, if you think about cars as gadgets, and most new cars are really computers that happen to take you places, maybe it’s not so far into the weeds :)… For OEMs, especially a automotive OEM, a conquest (turning someone who hasn’t bought your brand into someone that has) is MAGIC. It’s the thing that they all want, because for the most part when you get someone hooked, they stay hooked. Anecdotally, I’ve found this to be true in my own purchasing patterns. When I have an X, I prefer X’s future products, I stay informed about what they’re doing, and for the next purchase they definitely make the short list if they have a competitive solution.

The last part is where many car OEMs have screwed up massively, and it’s where Audi (and BMW) totally screwed up when it comes to my own purchasing decisions. Both are quirky, Audi more so, but I have liked the way they feel for as long as I have had sentient awareness of automobiles. It wasn’t until I was much older that I developed the lexicon to properly describe what I like about them (especially Audi), and much later until I could actually afford either :).

But they messed up, hard, when it came to BEVs. Audi was actually pretty quick to market with their e-Tron SUV, but it was WAY overpriced, and WAY underspec’d for what it was. Unsurprisingly, it sold like cold turds, until they massively lowered the price. Remember; there are no bad products, only bad prices… BMW is just now bringing out some BEVs, and the only one I would consider is too ICEy for my taste. All of this is a long way of saying, I never expected that we would own a Ford, or a Kia. But now we do, and for the most part the cars themselves are great. The EV6 is a much more approachable car for someone who wants their BEV to be more transitional from an ICE experience, and the Mach-E is a better gadget (way better gadget). Points to those who can guess which I prefer :D.

So why am I saying all those words? Well, we’ve had to interact with both the Kia and Ford dealer networks recently, and… umm… it’s not awesome… from either… If this is what the after-sales experience is going to be like for the next four to six years, those conquest wins for Ford and Kia will not have a second round. Neither car was cheap, by any standard, if they are going to charge luxury/performance money for their cars, the after-sales experience has to match. At least so far, it’s not…

Ford seems to be aware that there is a problem, at least on the sales side of things, and are making some motions to address it. Whether these efforts are just noise, or more than that, I don’t know. In the short term, the best thing either can do is probably to just reduce the reliance on dealers. With the easiest mechanism being the use of OTA (over the air) updates. OTA is the holy grail here, it reduces the OEMs costs because they don’t have to reimburse dealers for their time, and it saves owners from needing to go to the dealer for software fixes. Even the dealers have cause to celebrate; they suck at the software (more on that later), why not let them specialize on the thing that only they (used loosely here) can do, focus on the hardware. There is no reason why an EV, which is essentially a bunch of computers bundled together around a battery and some motors, can’t update itself like any other computer based platform (e.g. phone, PC, Mac, tablet, etc.).

The problem is that OEMs haven’t quite figured out how to do the OTA yet, even though both our EVs are supposed to be OTA updatable. I’ve only seen one (a map update) on the Mach-E and none on the EV6; which recently needed a software update to address a fairly serious recall.

I didn’t have to deal with that pain directly, but my oldest son did. After calling around to a bunch of dealers, some of whom told him that it would take over a month to get an appointment, to get this critical software applied, he found one a week out and drove the car over. That wasn’t terrible, but then he got there, they had no idea how long it would take, and told him an hour, and then it took four…

My own experience with Ford has been even worse. Nothing is seriously wrong with the car, but there are several software updates available that are supposed to fix some niggles (including 21P22, which has a better charge curve). I called the closest dealer, ended up in voicemail, no worries… except that after waiting two days for a callback, I had to call them again and raise a fuss to talk to a human. Again, stuff happens, sometimes voicemails go missing, not the end of the world. I got an appointment, but then I dropped the car off, and nothing happened. As in, they didn’t actually service the car.

The service advisor was apologetic, but it’s really hard to see this as anything but massive incompetence, perhaps with a touch of indifference. The reason why they never got around to touching my car was that they couldn’t figure out how to update the Mustang Mach-E in queue before mine. Apparently they only have one “EV certified” tech, one FDRS station, and they can’t figure out how to click a few buttons? After letting it sit with them for 1.5 days, with no assurance that they would actually get to it in any reasonable time frame, I opted to take the car home. If I had a loaner, I might have made a different call, but oddly enough this Ford dealer doesn’t do loaners unless you bought the car from them?

But wait, it actually gets worse… After taking my car home from that dealer, I called around to some other dealers in my area (I live in Chicago, so there are plenty). I cannot find another dealer in a reasonable driving distance that is willing to service a car that wasn’t bought from them. How is this possible? While I can understand why a dealer might want to prioritize someone who bought the car from them, that Ford allows them to refuse to service the car blows my mind. I rang Ford up, and spoke with a few people, none of whom seemed in any way shocked that this was happening. They were all friendly and apologetic, but ultimately the only outcome so far is that a case has been opened (whatever that means) and one of the CSRs was able to find a dealer about an hour away from where I live that is accepting appointments through their website. I haven’t decided whether to try that, or try to schedule with the dealer I bought it from, which is about 90 minutes of much better driving away.

This is my first new Ford experience (we had a used Focus for a few months once), it’s definitely not making me feel good about the brand. Car OEMs make a lot of noise about conquests, and Ford in particular was highlighting that the Mach-E is a big deal for them in that area (I certainly wouldn’t have even considered any of their ICE offerings). Having worked with many other dealer networks, and knowing that the after-sales experience doesn’t have to suck, as much as I like the car it’s become really difficult to recommend a Ford, or even contemplate getting another one when it’s time to swap my GTPE for a second generation EV.

All that said, I don’t understand why this is such a troubling thing for dealers. If you want to, you can update the car yourself if you’re willing to splash the cash (~$1000) for a 12V power supply, the appropriate ODBII cable, and an FDRS license. There’s a thread on the Mach-E forum explaining what you need, and how to do it. Many people have gotten so frustrated with the lack of OTA from Ford, that they have invested in the necessary hardware and software to apply the updates at home.

As tempted as I am to DIY this, it’s expensive enough that I’ve been holding off. And I don’t think I should need to. None of this would be a problem if Ford released the OTA updates for my car, or they actually had a dealer network that worked the way it is supposed to.

Hmm, and you said Tesla abuses their customers. Wow. Sorry to hear service is that bad.

Please support this website by adding us to your whitelist in your ad blocker. Ads are what helps us bring you premium content! Thank you!
wpDiscuz
1
0
Would love your thoughts, please comment.x
()
x
| Reply