END_OF_DOCUMENT_TOKEN_TO_BE_REPLACED

This Week In Blu-ray & DVD

Nothing too exciting on Blu-ray this week. Just a little film called The Dark Knight. I understand it was a pretty nichemovie. Thankfully the 4th season of Happy Days is here to fill my DVD purchasing desires.   Over on the high def-only side, Fox brings a couple catalog titles to market. There’s Ben Stiller in "Dodgeball: A True Underdog […]

END_OF_DOCUMENT_TOKEN_TO_BE_REPLACED

Brent, soon to nick named Mr Sage, has gotten his grubby paws on the HD 200 and performs the obligaotry unboxing. He also gives his first impressions of the HD Theater and SageTV’s second extender revision appears to be a winner.   This thing is small and lightweight.  It is much closer to the size of of a Hauppauge HD-PVR […]

END_OF_DOCUMENT_TOKEN_TO_BE_REPLACED

If the money fairy came and gave me a few dollars to spend on an HTPC, I would have to think, I would buy an HP TouchSmart computer for the kitchen\dining area. Ian gives us a cool unboxing video :).     Windows Vista Home Premium 64-bit edition with Service Pack 1 Intel Core2 Duo Processor T8100 4GB 512MB dedicated […]

END_OF_DOCUMENT_TOKEN_TO_BE_REPLACED

Gee… I hope htpc_user and I didn’t cause this !  😉   Sadly, it seems they really have. DirecTV has sent out an email stating the following: "DirecTV has suspended the development of the HDPC-20 tuner project… [EngadgetHD]

END_OF_DOCUMENT_TOKEN_TO_BE_REPLACED 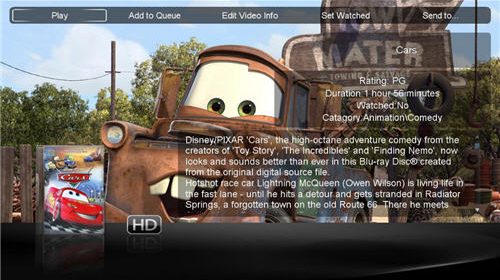 I think I am going to have to give John my Sage news posting priveleges now that he is firmly entrenched in the SageTV camp :). Before I do that, I will let you know about a cool add-in that just surfaced for SageMC, Movie Info Screen. Movie Info is a small import that takes advantage of a few new […]

END_OF_DOCUMENT_TOKEN_TO_BE_REPLACED

After a few months of Zune’s premium in-ear phones, I am in the market for something a little better. I am not sure I am willing to spend $150-$200 on a pair but considering the amount of time I use them at work, it might be the way to go. Check out S&V’s review of 6 in-ear phones in the […]

END_OF_DOCUMENT_TOKEN_TO_BE_REPLACED 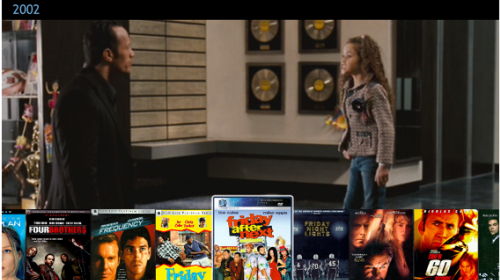 If you recall, I reviewed Movie Collector 5.0 a month ago or so. I got a reply back a few days later they were working on a new version and will try to incorporate the suggestions I had in my review. V 6 is set to hit tomorrow and a slew of new features are included in the cataloging program […]

END_OF_DOCUMENT_TOKEN_TO_BE_REPLACED 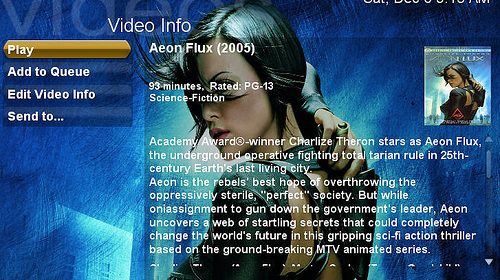 Looking to add a little pizazz to your SageMC setup? A dose of fan art should do the trick. When FanArt is enabled in SageMC it allowed for custom backgrounds for each media file. If you browse other HTPC programs, you are already familiar with the concept as it has been implemented in XBMC, MP and others. As usual, Brent […]

END_OF_DOCUMENT_TOKEN_TO_BE_REPLACED

There has been quite some speculation on the SageTV forums about what the next gen SageTV HD extender would encompass since it’s existence was "leaked" in late September.  Everything from an onboard Blu-Ray player, external IR sensor, to a significant reduction in cost was mentioned.  In the end when the HD200 was revealed, what we got was a more compact […]