Sure there's that super popular Australian Media Center forum, but I guess TiVo users have been having to use hacks and workarounds to get them to work. Good to hear they finally will be able to use them without tweaks. And you thought US Laws were rough! TV Squad TiVo's partnered with Seven Media to bring Tivo service to Australian […]

END_OF_DOCUMENT_TOKEN_TO_BE_REPLACED

Awesome, just awesome. Hopefully this case can be used in future cases here in the states even with other types of media & copy protection. Enjoy. Afterdawn Helsinki District Court ruled that Content Scrambling System (CSS) used in DVD movies is "ineffective". The decision is the first in Europe to interpret new copyright law amendments that ban the circumvention of […]

END_OF_DOCUMENT_TOKEN_TO_BE_REPLACED

New TV Stats: Euros vs US

I love stats like this. I always wonder who they ask, because I have family in Spain that would never even think of watching any sort of content on a mobile TV. Zatz Not Funny Even adults who regularly stream and download video from the Web watch just 11% of their TV at the computer, while still watching 75% on […]

END_OF_DOCUMENT_TOKEN_TO_BE_REPLACED 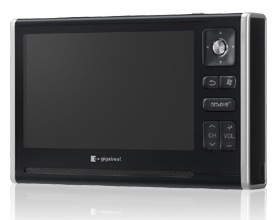 I thought the PMCE's were a great idea, just poorly implemented. When a company like Creative releases their brick-sized PMCE, and then shortly after released a NON-PMCE device that's much smaller & better, that's a sign that companies never really were behind it. And then all the other devices just have so much more to offer.   Engadget Toshiba just […]

END_OF_DOCUMENT_TOKEN_TO_BE_REPLACED

HP's Media Smart TV's, seem to be a pretty good idea to me. The GUI seems well thought out and the next gen TV's promises placeshifting and more goodies. However, to throw ANOTHER confusing HDTV term out there is just BAD BAD BAD marketing. It is bad enough that we have a million different trade names, different resolutions did they […]

END_OF_DOCUMENT_TOKEN_TO_BE_REPLACED

HP Back With Cable Cards

Via Chris Lanier, HP is back selling Cable Card PCs. Honestly, if I had the money I would head over to Velocity Micro and buy one from them. The CEO of VM have been very helpful communicating with the HTPC community about the trials and tribulations of CableCard equipped HTPCs.

END_OF_DOCUMENT_TOKEN_TO_BE_REPLACED

Planning your home entertainment setup can be a daunting task. I am smack dab in the middle of the very same thing and just can't figure out what I want to do. As the linked article from F-Stop details, dividing your home into zones can simplify the process. He even throws in a good sports analogy :). F-Stop Blues In […]

END_OF_DOCUMENT_TOKEN_TO_BE_REPLACED

Michael G., an avid DVR user, has a pretty simple request. Let's have the ability to record an entire season of an episode. While there is no direct selection method currently, it certainly is easier on a Media Center PC that designates shows new vs reruns. By recording all new shows you should be able to do this. The couple […]

END_OF_DOCUMENT_TOKEN_TO_BE_REPLACED

Is DVR/PVR Worth the Risk? 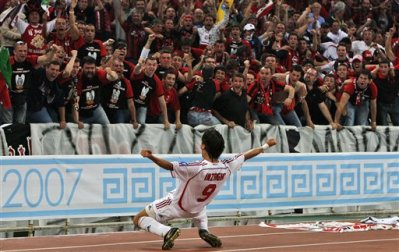 We here at MissingRemote often talk about all the benefits that come with a DVR/PVR, but rarely do we get a chance to clearly show there are some cons to it. Well, this past week I was given a clear reminder as to the danger that will always exist when you rely 98% of the time on your DVR (in […]

END_OF_DOCUMENT_TOKEN_TO_BE_REPLACED 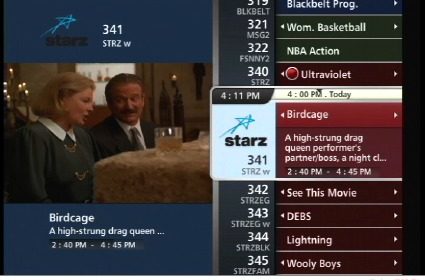 Dave Zatz has got some cool screenshots of the new Verizon FiOS updates. This is some pretty cool stuff you should seriously consider if you're in the supported areas. Hopefully it succeeds so that they'll expand, and then grow interest from other companies as well.     Zatz Not Funny Originally announced at CES, I've been given word that Verizon's […]