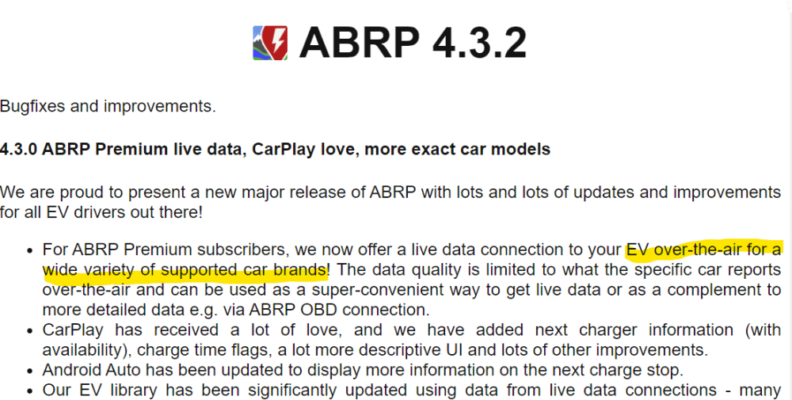 I know I said I wouldn’t do it, but I ended up breaking down and buying a OBD II BTLE dongle to use with ABRP; actually bought a second one a couple weeks ago to troubleshoot a problem with Android 13. And for the most part, it’s been working great to provide consumption and state-of-charge (SoC) data to the app for better routing results. But, frankly, it’s not a great solution more generally for a few reason. First, BTLE dongles kind of suck. Second, needing to buy a OBD II dongle at all sucks even more because the data is there, the car can share it with apps, it just doesn’t (at least on Android Auto).

So these release notes intrigued me because not needing a dongle is a big step forward. Unfortunately, the how seems kind of kludgy. It seems to rely on a 3rd party service called SmartCar, which looks to interact with the OEM’s API to pull the data presented by this 3rd party status widget. 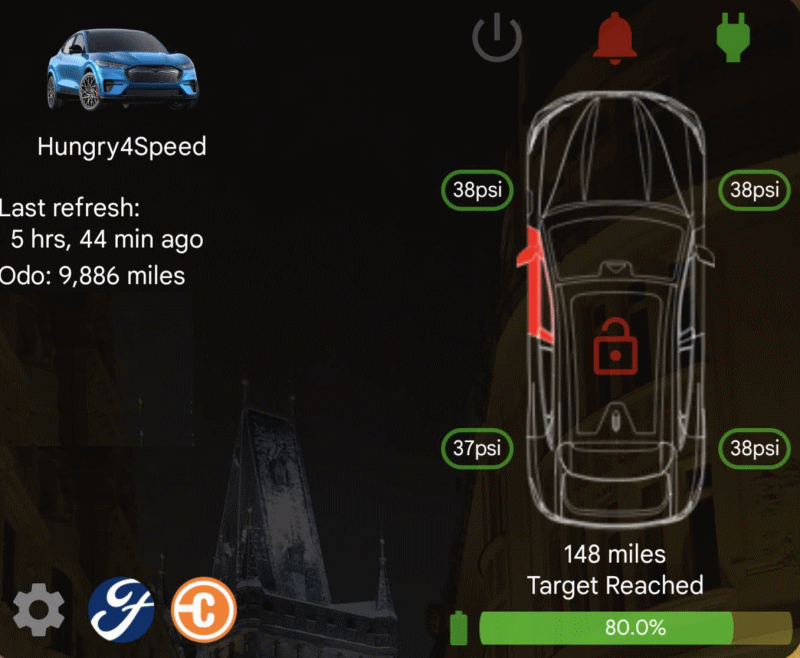 Which is probably fine for planning purposes, but not great for real time usage. Now of course I could be wrong here. Maybe it uses magic :).

What I don’t understand is why Android Auto doesn’t have this data, and make it available to mapping apps. That seems like the right approach; let’s get on that Google.

We are proud to present a new major release of ABRP with lots and lots of updates and improvements for all EV drivers out there!

Finally, we have fixed tons of bugs and made the app faster and more beautiful.