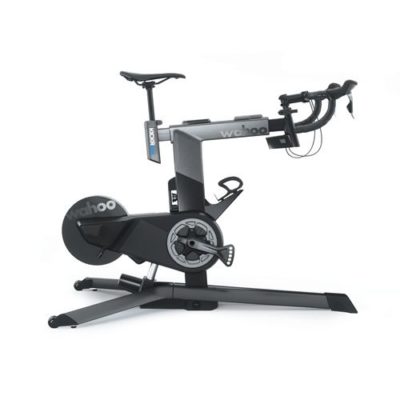 Wahoo, and a slew of other companies, just announced a “smart” indoor training bike. They’re all expensive, Wahoo’s is $3500 (pick up your jaw), and I do not understand why anyone (who isn’t a professional eSports <shudder/> rider) would buy one. To be clear, this is a whole other product category compared to things like Peloton; which is a stationary bike for non-cyclists who want to get fit and struggle with motivation. I completely understand that. The real value is in the service/experience, not the bike. The bike in that scenario is a point of monetization.

With the cost of smart trainers falling, I can also understand why OEMs are searching for ways to maintain profits. Selling a complete system allows them to capture more margin. But, what I don’t understand is why any cyclist would buy in. With a smart trainer + bike, you have a bike. Even if it’s not an awesome bike, it’s a bike that you can use, you know, not in your basement. The total system cost is lower, and you have a more flexible solution. So I’m really struggling to find the value here. Now, I also believe that there aren’t bad products; only bad prices. So maybe the strategy here is just some initial price discrimination, and we’ll see a more competitive structure in the next year or so. But something tells me that’s not the case…

In a move that probably shouldn’t surprise anyone– Wahoo has joined the indoor smart bike fray, with their new KICKR Bike. This unit is far more than just a KICKR and a CLIMB squished together on an L-shaped chunk of metal. It’s actually an entirely new KICKR design, one that far more closely resembles that of the electromagnetic unit that is the Tacx NEO series, than the KICKR’s of the past. And while the CLIMB is similar, this one has greater depth than its standalone sibling.

Big cup of nope. So far I am very happy with my CycleOps smart trainer. For less money, you could get a nice bike, trainer, and video setup. You could make the argument that “ride feel” is incrementally better – but not worth the additional cost.

Wait a year a year or two and watch Craigslist for never used version going up for sale at half the price – but even then not sure why I’d buy it.

I did think of one place where it might make sense to have one of these: multiple users in the same location. There’s no way my wife (who has considered the Peloton) would go through the hassle of swapping her bike for mine on the trainer (I suggested that :)). Being able to change the fit easily, makes the cost a bit easier (but not much) to swallow.

For $3,500, I would swap the bike for my wife a half an hour before use. Also, I would charge our combined bank account a $10 service fee per swap that would never approach the cost of the bike. Could use that to fund all sorts of other bike purchases…….

Please support this website by adding us to your whitelist in your ad blocker. Ads are what helps us bring you premium content! Thank you!
wpDiscuz
4
0
Would love your thoughts, please comment.x
()
x
| Reply