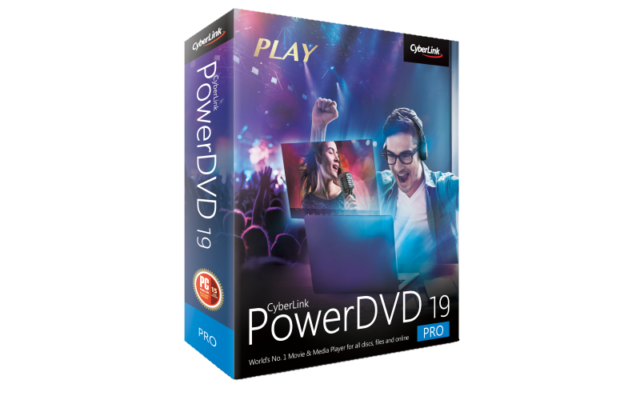 CyberLink has rev’d to the next version of PowerDVD, now with 8K support. Hardware support remains the major issue with playing back greater than 4K content. With a Intel 7th Gen the minimum for UltraHD Blu-ray, Core i7 with 630 GPU or NVIDIA GTX 10 for 8K (note, NVIDIA GPU won’t support UHD BD though), but the i7 with 630 graphics can’t handle VR. So we’ve ended up with a crazy matrix where one feature, precludes the use of another.

The World’s leading multimedia player embraces the future of entertainment with support for 8K video & exclusive enhancements for 4K content, to deliver the ultimate media experience for both PC & Home Theaters.

8K video is the next wave in superior definition home entertainment. Although still new to the market, 8K displays are already starting to find their way into an increasing number of living rooms, and 8K video content isn’t far behind. With 8K video already on YouTube and mainstream TV broadcasts, it won’t be long until it is the norm for video media consumption. By supporting 8K video playback, on top of Ultra HD 4K and 360˚, CyberLink is ensuring PowerDVD users are best placed to enjoy the future of multimedia.

“Being the World’s No. 1 movie and media player, PowerDVD has a long history of delivering pioneering multimedia playback features, functions and support to our millions of users,” said Dr. Jau Huang, CEO of CyberLink. “PowerDVD 19’s support for 8K video playback welcomes the next generation in ultra high-definition home entertainment.”

A significant upgrade to PowerDVD’s playback engine helps deliver native 64-bit support allowing for Ultra HD 4K video quality to be upscaled thanks to CyberLink’s patented TrueTheaterTM Color, Lighting & HDR technologies. Already supporting all major file formats and codecs, including those not natively supported by Windows such as HEVC (H.265) and new HEIC/HEIF image files, these latest updates make PowerDVD the leading player on PC and the ultimate addition to Home Theater systems.

PowerDVD 19 is available for purchase from CyberLink’s online store.

PowerDVD19 Standard: US$59.99
To see the differences between each version visit the PowerDVD product page. Upgrades from previous PowerDVD versions are also available starting from US$49.99.

About CyberLink
Founded in 1996, CyberLink Corp. (5203.TW) is the world leader in multimedia software and AI facial recognition technology. CyberLink addresses the demands of consumer, commercial and education markets through a wide range of solutions, covering digital content creation, multimedia playback, video conferencing, live casting, mobile applications and AI facial recognition.  CyberLink has shipped several hundred million copies of its multimedia software and apps, including the award-winning PowerDirector, PhotoDirector, and PowerDVD.  With years of research in the fields of artificial intelligence and facial recognition, CyberLink has developed the FaceMe® Facial Recognition Engine. Powered by deep learning algorithms, FaceMe® delivers the reliable, high-precision, and real-time facial recognition that is critical to AIoT applications such as smart retail, smart security, and surveillance, smart city and smart home. For more information about CyberLink, please visit the official website at www.cyberlink.com