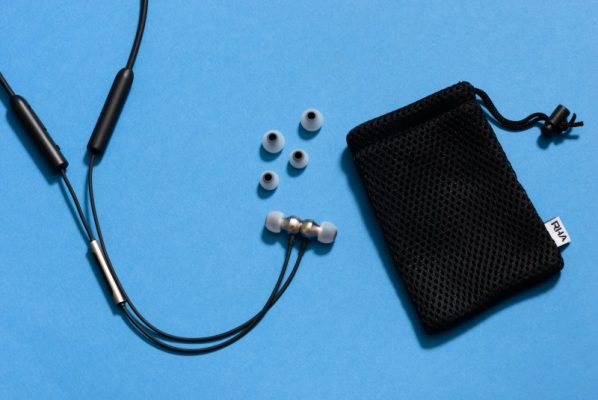 RHA has announced an addition to its impressive collection of headsets with the £60/€70/$70 entry level MA390 ABC/AAC/aptX compatible Bluetooth wireless headphone. The MA390 is available for pre-order today from Amazon, and comes with a three year warranty, IPX4 water resistance, and eight hours of battery life.

GLASGOW, UK: RHA has released the all-new MA390 Wireless headphone. It is designed with adventure in mind, combining great sound and performance with a new, lightweight feel. It is the latest in the award-winning MA range, and RHA’s fourth wireless headphone.

The MA390 has an understated aesthetic that lets the individual shine through and express themselves in their own way.

“We designed the MA390 Wireless using quality materials and technology. We packed all our desired functionality into a flexible, robust headphone. It can be taken on adventures without users worrying about battery life or the headphone being too delicate.”

It’s what’s on the inside that counts

Behind the MA390 Wireless’ discreet appearance lies a wealth of technology.

The MA390 Wireless is aptX and AAC enabled, ensuring rich, high-fidelity audio for all Android and iOS devices. Eight-hour battery life provides the MA390 with the energy to power a personal soundtrack from dawn to dusk.

The three-button universal remote allows users to switch between music, calls and digital assistant functions at the touch of a button. Listeners can interact with apps on their device without touching it. This function is perfect for those times when a phone is safely tucked in a pocket or bag.

Water and sweat resistant to IPX4 rating, the MA390 Wireless can party in a downpour or go the distance in a marathon gym session.

Noise isolating, interchangeable ear tips ensure that the MA390 Wireless sound is only interrupted when customers choose, and a connection range of 10 metres creates another level of freedom from paired devices.

RHA is an independent audio company based in Glasgow, UK. Our mission is to transform the way people interact with sound, technology and each other. A commitment to style and substance has seen RHA honoured with many awards since the company was founded in 2011.

In 2017 alone, the flagship CL1 Ceramic in-ear headphone was named as a CES 2017 Best of Innovation Honouree, RHA was named 10 of 100 on the Sunday Times Lloyds SME Export Track 100 list, 54 of the 100 fastest-growing private companies on the Sunday Times Virgin Fast Track 100, and CEO Andrew Reid was honoured by Ernst & Young with the 2017 Disruptor Entrepreneur Award for Scotland.