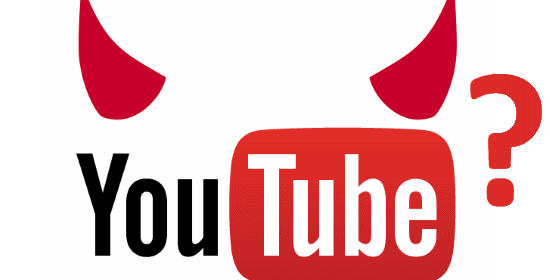 Last week the music industry released some PR around how vinyl makes them more money than YouTube; with the intent to demonstrate that YouTube is not paying a “fair” price for their content. I will admit that this is a little late, I still think it should be said that this sort of whinging and the press mindlessly repeating it isn’t helpful – if there really is a problem.

The biggest limitation here is that we (the public) don’t have access to the detailed information that is required to make a solid judgement around whether the rates are fair or not, but let’s deconstruct it as far as we can anyway.

It should be obvious that it is natural for physical media revenue to be higher than streaming revenue in many scenarios. Whether it’s vinyl, or other media, content on a bit of plastic represents an infinite number of “plays” where one digital stream equals one play. If one were to compare these two things, and I don’t think that’s very helpful anyway, the potential per-play rate of physical media approaches zero; making YouTube a money making machine in comparison. We should also remember that physical sales are one time revenue, where a stream has at least the potential for reoccurring for the same product. With this in mind, I think this comparison was provided more to elicit an emotional response than a measured one (i.e. “How can this niche format bring in more money than YouTube? That can’t be fair.”).

With that out of the way, we should consider whether the rates YouTube pays are competitive compared to what dedicated music streaming services like Spotify, Google Play, Groove, etc. pay. From what I’ve been able to find, they are quite a bit lower; Spotify claims to pay between $0.006 and $0.0084, but this listing has it at $0.00521 and YouTube at $0.00175. Unfortunately, I wasn’t able to find better quality numbers, but as they are generally roughly in the same range and tell the same story (YouTube pays a lot less per stream) the accuracy of the numbers doesn’t matter too much – although it does underscore the larger issue that we don’t have enough information to really access the problem (or whether there is one). But are YouTube and these dedicated music streams the same type of service (good), or they different enough to warrant such a large discrepancy in royalty rates?

Some would argue that they are close enough that either the rates should be the same, or at least a lot closer, and there may be some validity in that premise, but I also think it’s worth exploring whether they are similar goods or if they are unique [enough] that we can’t make that conclusion.

Use is an important aspect of examining this, so let’s take a look at that first. Unfortunately, I don’t have the time/funding to do a proper study so I’m going to cheat a little (a lot) and run with my anecdotal experience which could introduce some issues into the discussion, but whatevah ;). I’ve subscribed to several music streaming providers (most recently Google Play); I generally listen to a wide variety of music at home/work/driving with the objective of listening to music (i.e. that is why I turned it on); whether that is focused (i.e. I want to hear this album) or just for background (i.e. Trance is great for focused work time). Music is intended, consumption is purposeful, and therefore has a higher value than it would in incidental encounters (i.e. hearing music from a car driving by). Is YouTube the same thing? Maybe.

In one obvious way YouTube is very different from these single purpose services – it is not focused on delivering music. There is no mechanism to seamlessly listen to a series of tracks; whether an album or curated playlist (aka “radio station”). The listening experience requires continual effort and it suffers from YouTube’s more general focus in providing a wider streaming platform. Does that matter if you just want to hear one song, no probably not, but it certainly does in a wider consumption experience.

There are less obvious ways as well, with quality the next, slightly less obvious difference. Again, I don’t have rigorous numbers to back this up, but in my experience there is a much wider variance in sound quality between YouTube and music services. That’s not to say that it’s all bad, some is very good, but a lot of it is not up to the same standard of quality that you can reasonable expect from a music subscription service.

YouTube has a system in place called Content ID which it uses to identify songs and pay royalties, so to access the similarity, and “fairness”, we’d really need to know how the stream count breaks across the different content types and whether the rate paid per stream is the same across them.  For content where the music isn’t the point (3), it seems natural that the royalty rate should be lower – after all, if someone is watching your YOLO, whatever is playing in the background isn’t why they came, and adds little to no value to the consumption experience. In the case where the music is the content (1 & 2), it is quite a bit clearer, but this is muddled a little in that 1 are ads and 2 may not have the same level of quality that you would get from a music service.

It would be fantastic if the music industry and streamers would provide the numbers required for us to understand their gripes, but given the history of this issue I suspect that that will never happen and we will continue to get incomparable comparisons, conveniently wrapped in media friendly snippets of outrage doled out by an industry that habitually resists change in historically consumer hostile ways. On the other hand, Google does not have the best track record for playing fair in markets where it has the upper hand.

It’s easy to blame YouTube, until you think about it. In this case, without more information, I’m inclined to give them the benefit of the doubt although just slightly.