The HTPC and why it’s worth the effort

The HTPC (home theater PC) is a great idea and one that is truly close to my heart. Many of you who regularly visit Missing Remote know what an HTPC is. For those that don’t, it is basically an entertainment center powered by a computer. Some have TV and DVR capabilities and some people choose not to have those capabilities and would rather go with a cable box. Not me, I love the TV capabilities in my HTPC. Back in 2002, I started messing around with analog TV tuners that could record cable programming directly on a PC. Being a sports and music enthusiast I could clearly see the benefits of being able to record a show that you know will never be released on video, and be able to archive it forever on a hard drive or DVD. I still have those recordings today and watch them from time to time. Back then, I was not aware of a DVR or PVR mainstream software. TiVo had come out and I thought it was pretty cool; what I didn’t like was the fees required to keep paying for the guide data and their service in addition to the hardware purchase price. My curiosity built when I saw some TV tuners coming with trial versions of a software that could do similar tasks as a TiVo and then you could later buy that software for a one time price. Those worked well and I was surprised and excited which had me building my first “HTPC” system.

Over the years my HTPC’s have run on Windows Media Center, SageTV, Beyond TV and many others. It has had its trials and tribulations through success and failures, frustrations and proud moments. When friends and family would visit back in my early endeavors they used to ask me–“Why don’t you just have a cable box and why go through all that trouble just to watch TV?”  You could say back then that the quality wasn’t quite as good or they couldn’t see the cost effectiveness when compared to using a cable company’s DVR and box. Everyone could see the clear advantages of having all of one’s media controlled by software and accessed by a remote control from your couch–they thought that part was cool. Up until the last 3 years, it could be considered subjective regarding the advantages of an HTPC. Then the multi-stream CableCARD came out for computers from three different companies and then that subjectivity in my opinion was no longer a factor regarding TV quality (for Cable TV subscribers). In addition, the TV playability and recording options as well as my multimedia could be extended to any room that had a hardware extender in it.

I then bought a Ceton InfiniTV 4 and it worked just like a cable box when paired with Windows Media Center.  While briefly having a cable box in one of my rooms, I could see through the air holes in my cable box DVR that they were using the same CableCARD that I used in my HTPC. From my perspective, I was renting a computer that had extreme limitations that I would have to give back to the cable company if I ever ended their service or be charged nearly $1000 for not giving it back that would only be proprietary to their service. After this discovery, I returned the DVR and I have not rented a cable box since. From my point of view they were not offering me anything special that had benefits with the exception of Pay Per View which is something I don’t use.

As the evolution of the HTPC closed the gap on offering complete digital cable, some cable companies have tried to emulate the HTPC by offering their version of a multi-room DVR and cable boxes per room as extenders that could play media. I have not seen the media playback done very successfully from any cable company in my area back then and was a real pain in the you know what. The limitations with their units are extreme and have to be proprietary to a specific file type, bit rate and so on. Even with those specs being met, I still had a lot of playback issues. Everyone talks about Windows Media Center (WMC) being proprietary–and it is–but it doesn’t compare to my cable company’s box requirements.

The obvious disadvantage of an HTPC is that you have to set it up, buy the equipment and install it. If you can follow directions, it really is pretty simple. If you have some trouble, there is a ton of support out there from manufacturers, the software company and enthusiast websites. I can say that if you have trouble figuring out which is the power button on your remote control, that an HTPC may not be in your best interest unless you have kids, then get them to install it for you. J

The advantages of an HTPC are incredible to say the least. You can have custom configurations, software plugins, the ability to play and record TV, play all of your videos, view pictures, listen to music and have nearly unlimited expandability while YOU OWN THE EQUIPMENT! Now that the playing fields have become more level for cable TV playback, let’s compare the costs. These costs are just from a TV watching perspective and do not include any additional equipment that one may have to purchase to play other media.

My current cable company offers what they call a Multi-Room DVR and a set top cable box. The multi-Room DVR can be considered equivalent to your HTPC (the computer) and the cable boxes –the extenders such as a Ceton Echo or Xbox 360. I will do a direct comparison to my setup, which currently consists of an older computer, probably about 7 years old now that was converted to be an HTPC back in 2010 and I added the Ceton infiniTV4 PCIe CableCARD tuner in 2011. When the PC was new, that former Acer computer was $400. When I converted it, it was probably worth about $150. I upgraded it to Windows 7 and used an NVidia GT 430 video card. With the upgrades it equates to approximately $400.00. I have used both Windows Media Center and SageTV with the SageDCT for CableCARD and these comparisons will reflect both.  I bought my Ceton infiniTV4 and installed it at the end of February 2011. The comparisons will be from March 2011 through June 2014 are shown below:

The above is a worst case scenario; the prices for the CableCARD tuners are much cheaper today. This is also only for TV watching and recording and also doesn’t include any sales or extra equipment that you may need to buy to watch your other media. A good example of catching a sale was during the holidays. The Ceton Echo was going for under $100 and the Ceton infiniTV 4 PCIe was going for under $190 on New Egg. That’s less than $ 500 for the infiniTV4 and 3 Echos. Put that in a computer with Windows 7 Home Premium and your golden. 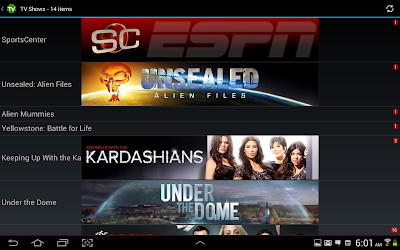 Some people also use Blu-ray drives in their HTPC’s for Blu-ray playback which I didn’t factor in for this comparison. There has been quite an evolution with Blu-ray playback as a whole for stand alone units and in an HTPC which would be far too much to cover in this writing.  I will have a follow up article that will be a spinoff of this one and have some ty-ins back to the advantages and cost effectiveness.

As you can see in the chart above I am currently saving $55.96 every month in DVR and cable box fees not including taxes and other surcharges that the cable company may have to charge me. With the exception of the CableCARD itself, I also own the equipment, which has already been paid off and more from my savings in DVR and cable box fees. Plus I get all the cool stuff that you can’t do with a cable company’s equipment without having to buy extra equipment or devices. All of the advantages of an HTPC cannot be covered in one article but I can tell you they are numerous and new ones are being developed it seems all of the time. My savings are $671.52 per year minimum. That would pay for a new CableCARD tuner, 3 extenders and more if I caught a sale. For the most part, it is better than a self-sustaining investment now. With a little work, you too can have everything that I have and more and not be a slave to the cable companies DVR and cable box fees. So why not give it a try? You can have the coolest entertainment system on the block and for a change The Jones’ will be trying to keep up with you!