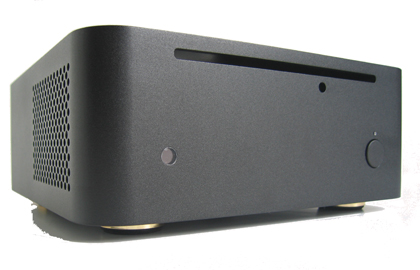 The quest for the perfect and smallest home theater PC (HTPC) is one that has gained momentum over the last few years. We have seen the proliferation of these small form factor (SFF) Mini-ITX cases first hand in our reviews of the Habey EMC-600B and another offering from Wesena, the ITX7 chassis. The Wesena ITX2 is essentially the little brother of the ITX7, sharing many similarities to it but in an even smaller enclosure. As with any device there are compromises made when making something small even smaller, but do the benefits along with the lower cost make the ITX2 the best option?

As we usually do when starting reviews let’s take a look at the specifications and requirements for the Wesena ITX2, since there are quite a few important aspects.

The Wesena ITX2 chassis arrived very well packaged and not a ding or dent could be found throughout. The brushed aluminum has a wonderful feel and texture to it and the chassis looks fantastic in my A/V Stack. The lid is held in place by tiny magnets in the corners, so no screws are required. To remove the inside bracket however you need to remove screws from the top and bottom of the chassis, and that’s pretty much all there is to the actual components. The bracket supports the optical drive and an interesting take on hard drive support–the 2.5” hard drive is installed horizontally on the side of the bracket. 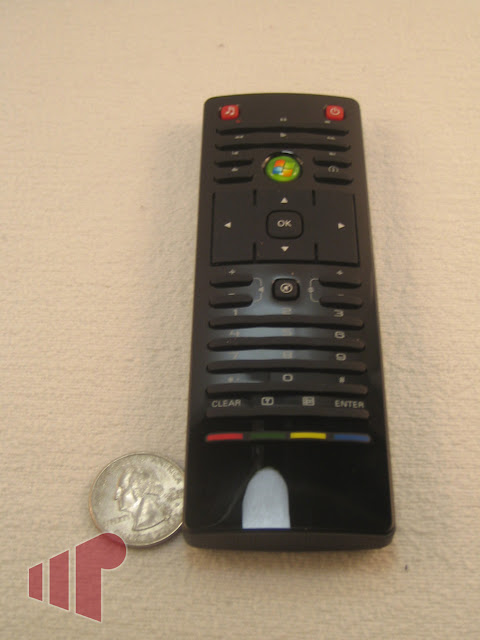 Included with the chassis is a built-in IR (infrared) receiver and small Media Center remote control. Note that the sensor is built off of the RC260 protocol so your other MCE remotes will not work with it, but you can train a Harmony or other universal programmable remote to learn the commands. This is a great addition since this will save you the space and hassle of having to have an external IR receiver. Connecting it internally is simple and to a USB header. No manual is included for installation but one is available for download via the Wesena webpage–this is important since it has all the pin connections for the motherboard headers.

On the front of the unit you will notice there is no Wesena logo (yay!) and there is a space for the slot loading optical drive. There are no front USB ports unlike the ITX7, only a power button and the IR receiver. Gold feet keep the chassis off the ground, and optionally a 40mm fan can be mounted to aid with cooling. The ITX2 is only slightly larger than the previously reviewed Habey EMC-600B because it does include the optical drive space.

Pay special attention when looking at the size and dimensions of any chassis, but of these SFF in particular where the size of the chassis have a significant impact on the hardware you can utilize. Motherboard selection is of utmost importance with the Wesena ITX2 due to the placement of the IR, USB and power connectors from the front panel which directly interfere with several motherboards. Both the Intel DH61AG and D525MW mini-ITX motherboards were not compatible with this chassis due to the location of the CPU near the front headers. The MSI E350IA-E45 motherboard featuring an integrated AMD CPU and low profile HSF was recommended by PerfectHomeTheater for easy installation. Not having access to that board however, I was able to install the Intel DH57JG board with a bit of work–I had to remove one of the DDR3 sticks as it directly blocked the front panel pin cables.

When selecting a board such as the E350IA then you don’t need to worry about this, but for those using a separate heatsink and fan solution (HSF) then a low profile model is required. Not even the stock Intel heatsink, which is fairly small, will work as it collides directly with the optical drive bracket and prevents closing. I used the Dynatron with the DH57JG which is low profile and even that barely fit, in fact slightly touching the middle bracket but still being functional albeit not ideal as the fan vibration would transmit into the bracket holding the hard drive and optical drive.

As mentioned before, since obviously a standard ATX or other normal power supply will not fit in the chassis (since there’s barely room for the motherboard alone) an external power brick solution is requried. Conveniently, there is a space on the back of the chassis to insert the external power connector from the Pico power supply used. Considering you can purchase a picoPSU power supply in wattage of 120 and 150 watts that should be more than enough given the limited space for internal expansion.

Some other key items you need to know prior to purchasing–first since you will be using a laptop slim optical drive you will need to purchase a special laptop sata cable. Related to that point you must also use a slot-loading optical drive by design. I’m not opposed to this given the sleek appearance it gives you but it’s something you need to know since these tend to cost more than their tray counterparts. Of course the laptop drive is not a requirement but the bracket which holds it is since it holds the front panel IR receiver and power buttons.

The last item of note from the system requirements is the lack of 3.5” hard drive support. The mount for the 2.5” hard drive is actually interesting and unique, as it mounts to the left side of the center bracket. An interesting compromise of space that is effective.

With the proper components selected it came time for the build installation, which proved to be harder than it should have been. As is usual with any SFF chassis cable management is interesting to say the least, particularly because the front panel cables from the bracket need to be routed while already connected. Between the optical and hard drive power and SATA cables along with the front panel and power supply cables, there was not a lot of room for airflow which I expected would be a concern with a 73 watt processor in the Core i3-540 CPU chosen–yet a reminder of another reason why something like the E350IA board would be more suitable albeit significantly lower powered than the system configured for this review.

Surprisingly idle temperatures were acceptably similar to the temperatures found in a larger nMedia micro-ATX chassis. Part of the reason for the discrepancy in RAM could be due to the dual sticks in the nMedia but only a single stick due to the cable interference. Once in the burn-in phase however things get fairly hot, which is a reminder that either underclocking or using a lower TDP chip would be a good idea in this type of chassis.

At $79 the Wesena ITX2 seems to be fairly reasonable mini-ITX chassis perfect for your home theater. A closer look however shows the price to be less attractive than at first glance. For starters the $79 is completely barebones–no power supply is included. Then when factoring in the requirement of a slot loading optical drive along with a particular motherboard and heatsink solution, this becomes an extremely niche chassis. The lack of headroom inside makes for a very tight fit for most solutions which do not have an integrated CPU and HSF, which once again will limit your options.

All these points aside however, when assembled the chassis is absolutely beautiful. I found the brushed aluminum to be a much nicer fit than the shiny black found on the Habey EMC-600B. Given that most folks will build their HTPC once and then simply enjoy, all of the build frustrations could be forgiven if you are in love with the size, form and finish of the higher quality Wesena–at almost double the price of the Habey though.

Thanks to PerfectHomeTheater for providing the review unit.