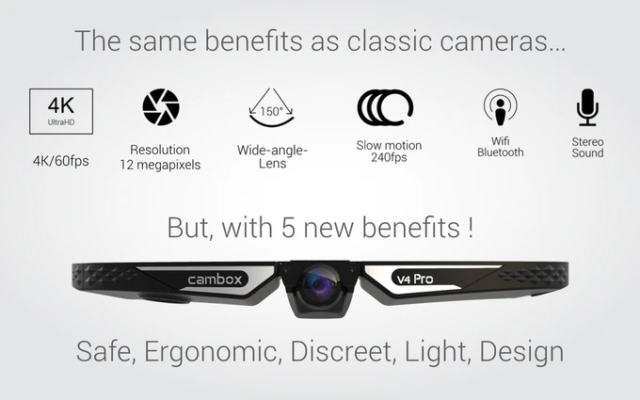 Apparently it’s Kickstarter season, or maybe more things have piqued my interest lately. This 4K@60FPS 67g (battery included) action camera looks pretty cool for a few reasons. Mostly because it sorts the maybe-you-shouldn’t-put-stuff-on-your-helmet problem, but also the HEY-there’s-an-ugly-camera-creating-aerodynamic-drag-on-your-helmet issue as well. Cambox claims that it will attach to the bill(?) of any helmet, but the details around HOW are a bit light in the available materials. Would love to see how it works with a road bike helmet.

Is it weird that my primary use case for something like this is to capture cross-walk scofflaws on video?