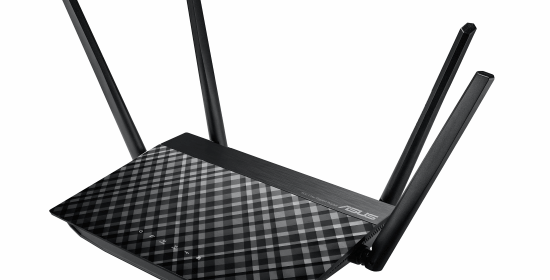 Not everyone wants, needs, or is willing to pay for the top-of-the-line tri/quad stream 802.11AC Wi-Fi router. For those who fall into that category, but still want modern features like MU-MIMO the ASUS RT-AC58U might be just the thing. It is launching at the end of September, but price hasn’t been disclosed yet so we’ll have to wait and see it where this falls in the value-for-money spectrum.

Update: I was able to run down pricing (£89.99), but unfortunately is now delayed until December.

RT-AC58U addresses the common problem of Wi-Fi congestion in the home caused by a proliferation of connected devices, with a design that delivers improved performance and range for busy home networks in multi-device households. It features four external high-gain antennas and supports the revolutionary multi-user MIMO (MU-MIMO) technology, which works with compatible MU-MIMO devices to allow multiple devices to operate simultaneously at their maximum possible speed.

The revolutionary MU-MIMO technology in RT-AC58U helps improve overall network performance when MU-MIMO compatible devices are connected, allowing multiple compatible devices to operate simultaneously at their maximum possible speed without slowing down the network. The 128MB flash memory and 128MB of fast DDR3 RAM also help maximize the number of devices that can be connected at the same time.

ASUS RT-AC58U gives users the convenience and speed of dual-band Wi-Fi, with concurrent speeds of up to 400Mbps on the 2.4GHz band and 867Mbps on the 5GHz band giving a total combined bandwidth of 1267Mbps.

A quad-core A7 processor helps reduce bottlenecks between the internet and the home network, optimizing internet connections and allowing smooth multi-tasking. It has more than enough power to cope easily with bandwidth-intensive multimedia tasks such as 4K UHD video streaming.

ASUS RT-AC58U will be available by the end of September in the UK from leading UK retailers. Please contact your local ASUS representative for further information.

ASUS is a worldwide top-three consumer notebook vendor and maker of the world’s best-selling, most award-winning motherboards. A leading enterprise in the new digital era, ASUS designs and manufactures products that perfectly meet the needs of today’s digital home and office, with a broad portfolio that includes motherboards, graphics cards, optical drives, displays, desktop and all-in-one PCs, notebooks, netbooks, servers, multimedia devices, wireless solutions, networking devices, tablets, smartphones and wearables. Driven by innovation and committed to quality, ASUS won 4,368 awards in 2015 and is widely credited with revolutionizing the PC industry with its Eee PC™. ASUS has more than 17,000 employees around the globe with a world-class R&D team of over 5,500 engineers. Company revenue for 2015 was approximately US$14 billion.

[1] Specifications, content and product availability are all subject to change without notice and may differ from country to country. Actual performance may vary depending on applications, usage, environment and other factors. Full specifications are available at http://www.asus.com