On Presence, a Chat with People Power 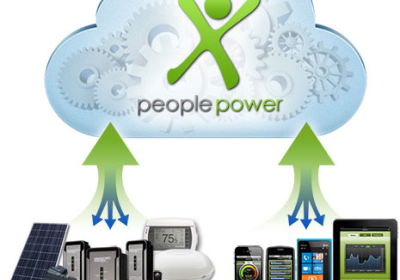 When I met with People Power at CES I was confused about where their technology fit into the home automation (HA) marketplace, or more specifically what the technology was and how it worked. They didn’t have a resource on hand to answer my questions so when after the show I had a chance to talk with David Moss, the CTO, it was a great chance to understand the how and why of what People Power is, and where it fits.

First off, I have to admit that beforehand I hadn’t heard of People Power, or Presence their main product. At its heart Presence is a free iOS (although there was a “coming soon” Android tablet from Monster at the show as well) that turns a spare iOS device into a webcam where the HA intelligence lives in “The Cloud”. The cloud app essentially acts as the HA controller, handling events, running scenes, and interacting with devices. For IP devices this can be direct, but when stepping outside that to more traditional HA kit, it requires some sort of IP-to-X device to act as a broker. There does seem to be an ecosystem developing around Presence, with several partners offering solutions for most of the common HA scenarios (e.g. SimpliciKey for locks, Monster for receptacles, etc.) and some cool controllable phone/tablet mounts available through the store. Beyond that, because everything is based on an open API it is possible for anyone who’s interested in integrating with the system to hook in and play nicely. I really like this, open APIs are critical to ensure interoperability between best-of-breed solutions. I want to be able to pick the right device for my taste and needs.

Total reliance on “The Cloud” is a major point of distinction from almost everyone else in the HA space which require that a controller has to sit on premises. What’s interesting about this is that it makes it really cheap to get started, assuming you have an iThingy laying around, but it’s also a serious limitation because there is no guarantee of continuity should the IP network that connects your home to the “The Cloud” be disrupted. Even in a perfect environment, I am concerned about the latency that is inherent in this approach, but more importantly I have never lived anywhere with 100% stable Internet so anything that requires Cloud connectivity to work at all can only be a novelty. Which is why everyone serious about HA requires local hardware; even if that device has capabilities that won’t work if your ISP flakes out you can still control the lights, lock the doors, or arm the security system.

That said, Presence’s cost of entry has a lot of potential to get more people interested in HA, and People Power also brings an interesting business strategy around home analytics that is sure to excite service providers so don’t think it would be correct to be overly negative about the technology, its design, or where they have positioned themselves in the market. What I can say for sure is it seems like a cool thing to try out if you have a compatible device lying around and want to have a play with monitoring or simple HA. I don’t think it’s ready for anyone with more serious HA goals however, but that could change so I will certainly be keeping my eyes on the company and where they take the platform.