It’s always a great thing when companies break the rules they set for themselves. But hey, who are we to judge? We’re all hypocrites in our own way :). On the plus side, I guess this means we can talk about the Unifi Dream Machine Pro SE before it comes out of EA. Or at least I hope so, because the last time I mentioned the existence of some EA stuffs a UI employee was nice enough to let me know that wasn’t OK. Although, perhaps it was the honesty of my comments that he didn’t like more than the fact that it was EA per se ;).

Anyway, I digress… There’s a new UDM Pro coming out, at some point, being the thing that the original UDM Pro probably should have been. Or at least partially that, with PoE now included in the eight port built-in switch. There are a couple other changes, but unfortunately it doesn’t add the thing that would make it really useful; another HDD bay – ya know, to add redundancy to the NVR recording target (smh)…

For giggles, I’ve included the UI EA NDA below :). Interestingly enough, when I commented on this in the UI forums, on of their moderators deleted the post… 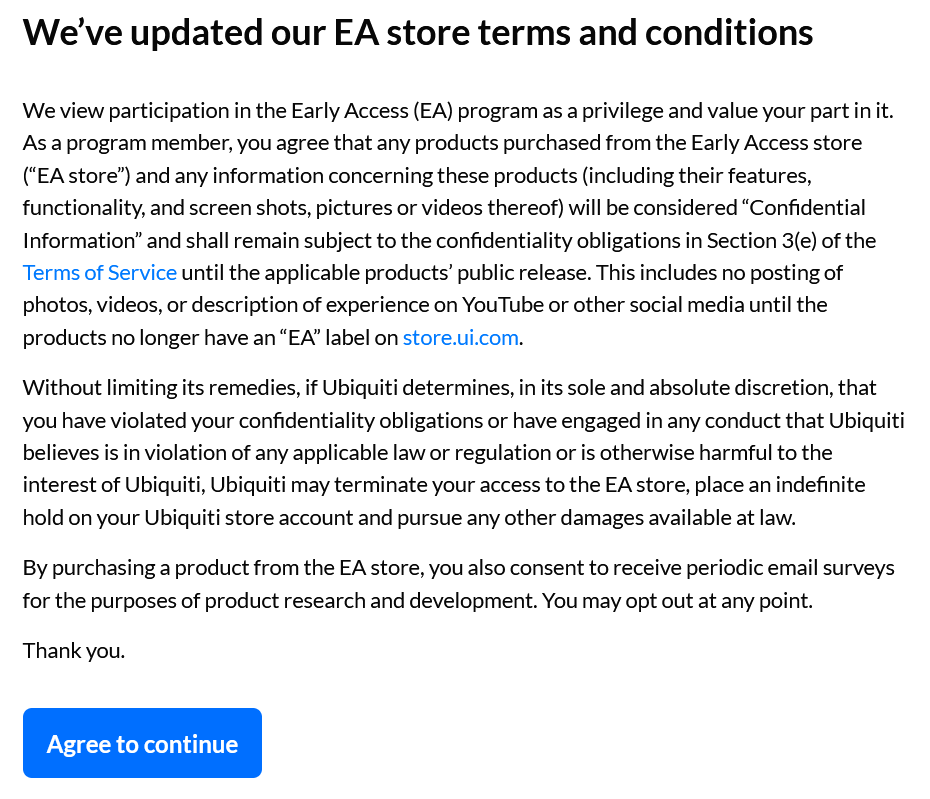