What are Adaptive HTTP Streaming Technologies? 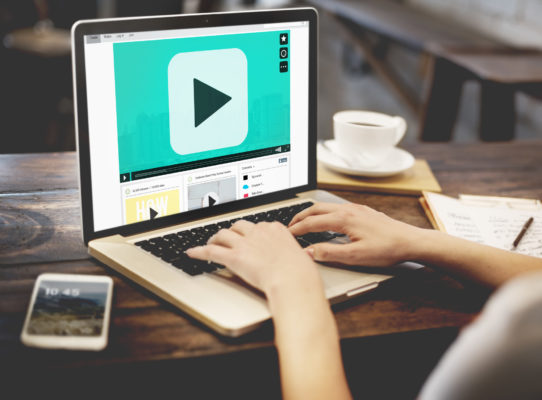 Have you streamed any sort of entertainment today?

With options like Netflix and Spotify, there’s an excellent chance that you have, and so have your customers. You may have also experienced buffering or quality issues in your video or audio streams. This is always frustrating, but it’s something that’s entirely fixable.

To ensure that your customers have the absolute best streaming experience possible, you need to use adaptive HTTP streaming. Read on to learn what this means and how your company can benefit.

What Is Adaptive HTTP Streaming?

In the past, files that were being streamed were loaded all at once, which meant waiting for enough of the file to load before playing it to avoid stopping for it to buffer. This was extremely frustrating for people with slower internet connections, especially in the early days of dial-up. This is called progressive streaming, which is what adaptive streaming replaces.

So, what is adaptive streaming? Also known as adaptive bitrate streaming, adaptive HTTP streaming is a method of streaming video over HTTP. This video streaming technology makes loading content a more seamless process than the days of progressive streaming.

The content being streamed is encoded in different small chunks of the video itself. When a video is loaded, the lowest bitrate segment loads first while the rest loads in the background.

There’s a bit more to it, but we’ll get into that later on. For now, the best way to think about adaptive streaming is that it provides a better streaming experience by taking into consideration resolution, processing power, bandwidth, and frame rate.

There are a number of terms and phrases to keep in mind while learning more about why adaptive HTTP streaming technologies are a vital part of today’s marketplace. While many of these are likely to be familiar to you, it doesn’t hurt to brush up on them!

Bandwidth: The amount of information that can be transmitted over an internet connection.

Bitrate: A standard of data transfer measurement that depicts the number of bits per second that can be transmitted on a network.

Buffering: A pause in streaming that happens when waiting for a certain amount of data to be downloaded. This happens with progressive streaming.

DASH: Dynamic Adaptive Streaming over HTTP. This is an open-source protocol developed by the Moving Pictures Expert Group as an answer to HLS’ proprietary rights. It’s also called MPEG-DASH.

Frame Rate: This refers to the speed at which consecutive images (frames) display in a video. The higher the number, the smoother the image. Higher numbers also mean a larger file size.

HLS: This stands for HTTP Live Streaming. This was created by Apple in 2009 as a solution to the laggy streaming media issues the original iPhones were dealing with. HLS is supported by nearly every OS and browser.

Resolution: This refers to the number of pixels on the video screen. The higher the number, the clearer the image (and the larger the file size).

Streaming Protocol: These are the standards for delivering video files over the internet.

Of course, there are a number of other phrases and terms that are important to understand, and if you’d like to learn more, there are other resources available.

Progressive streaming was the default method of video streaming for the majority of the existence of the internet. With progressive streaming, the user could only play a video after so many seconds of data had already been loaded. This was obviously a pain for those who had slower internet connections.

Progressive streaming involves only one version of a video file, which is another issue. Because this type of streaming fully ignores resolution, bandwidth, and other variables that can change how streaming media is viewed on a computer.

Adaptive streaming, however, fixes the problems that are frequently seen with progressive streaming by having multiple versions of a video file uploaded and ready and takes all of those variables into consideration.

Adaptive streaming involves a number of steps and processes in order to create the best UX for the customer. Essentially, the HTTP network will detect the user’s bandwidth in real-time and be able to adjust the quality of the streaming video to avoid interruptions in the experience.

The first step of the process is choosing a format and encoding the file to be streamed. The two main ones are MPEG-DASH and HLS. HLS has been the gold standard for over a decade and was created by Apple to help with the poor streaming quality on the first generation of iPhones.

MPEG-DASH, however, is open-source software that essentially does the same thing as HLS. The main difference is that HLS is proprietary to Apple, while MPEG-DASH is free to be used by anyone.

Adaptive streaming technologies take the video file and split it into smaller segments that are independently distributed across a network. Because there are several copies of this video at different framerates and general quality, when someone streams a video over a slower connection, a smaller file can be streamed while the higher quality ones load in the background.

Another benefit is that it reduces the amount of time it takes to start playing a video. Unlike a decade ago, there’s no need to start a video on, for example, YouTube, pause it immediately, and wait to start playing it after enough of the file is already loaded. With adaptive streaming, the video loads instantly.

It’s imperative for any company offering streaming or data services to understand why adaptive HTTP streaming is a necessity. And with the right partner, you can seamlessly transfer your streaming business from progressive to adaptive streaming technologies.

Disclosure: This is a collaborative post and the author’s views here do not necessarily reflect those of the blog owner.