Why do I keep doing this to myself? 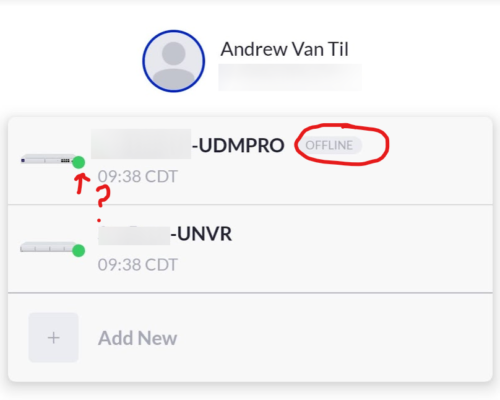 Four, or maybe five, days ago Unifi Protect stopped working on both my Android and iOS mobile devices for the instance hosted on my UDM-Pro. As we can see the UNVR is working fine now, it actually wasn’t when I first noticed that the UDM-Pro was offline. The issue is isolated to the mobile apps, so I just started a thread on the UI forums yesterday hoping it would get resolved, but so far just crickets. At least from Ubiquiti support folks who are supposed to be helping out there.

Two other people have confirmed experiencing similar issues, one with the same setup as me, and another with a UNVR. The absolutely insane thing, is that UI-Glenn (one of those support folk I mentioned earlier) suggested doing a hard reset. AS THE ONLY TROUBLESHOOTING STEP! Yep, wipe the box and start over because the mobile app isn’t working. This is wrong on so many levels. 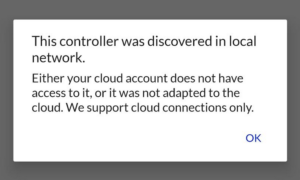 How can step one be a hard reset? The absolutely scary bit is that maybe it’s not abject lazy on UI-Glenn’s part. What if the software is so poorly written that the only way to reconnect the Protect instance with the mobile app is by burning everything to the ground, remembering that a hard reset wipes all your recordings and there’s no way to get them off first, and starting over again?

It’s bad enough that there’s no way to get video off the device in an automated way, but to have to wipe the box every time some random thing makes the mobile disconnect from the cloud… Wow, just wow.

Let’s pretend that Unifi Protect is a security product, with requirements around how long one might need to keep videos. That it’s primary market is via installers, actually recommending and selling this kit to normal, non-technical, DIYers. If that was the situation here, you’d better believe I would be screaming at the integrator that sold it to me. As it is, I really have no one to blame but myself. Sigh, maybe someday I’ll learn. 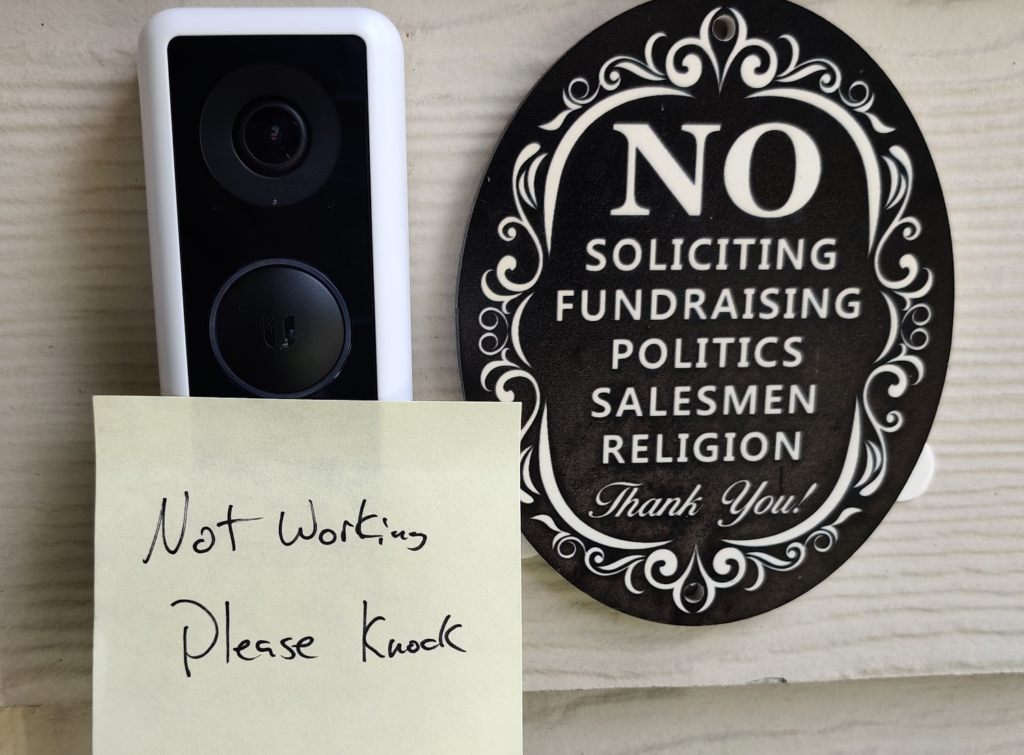 So the obvious question is “why does it matter today?”. Well, the answer is that I bought a Unifi G4 Doorbell, and now because my mobile app is broken, I can’t actually set it up. Unfortunately, I didn’t figure that out until I’d already taken off my Ring Pro, and put it in place.

Am I a Unifi masochist? It’s quite likely…

UPDATE: Interestingly enough, shortly after posting this, and linking to it in my support thread on the UI community forum, I received an email letting me know my UDM-Pro Protect instance was back online. Correlation or causation? No idea, just glad it’s back, and I can take that Post-It Note down.