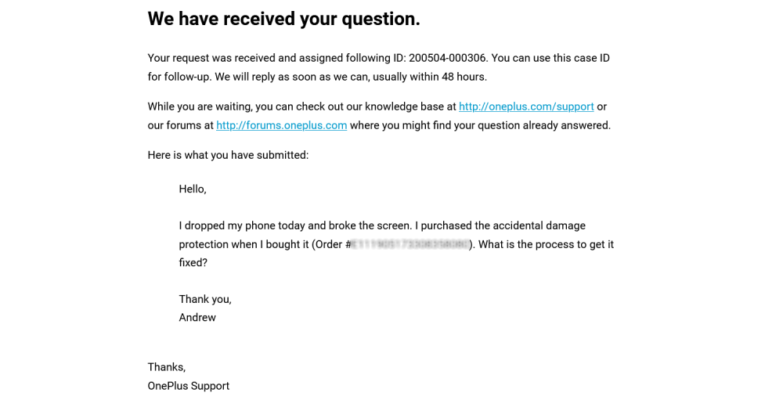 On May 3rd, I dropped my OnePlus 7 Pro and broke the screen. The details aren’t really that important, but it is interesting that the incredible slipperiness of the screen played a massive role in the drop. What is important is how OnePlus handled the repair process, and their lack of integrity as a company.

Before getting to that, I should say that before this incident, I was net-positive on OnePlus. I’ve had some wonky interactions with their support in the past, but nothing that crazy, and when that happened OnePlus was still a new company flogging a cut-rate handset, running an OS that they didn’t control. I generally buy a new phone every year, and for the last several years, it’s been a OnePlus phone. We have three children, so it’s an easy sell for me to upgrade, and for one of them to get a hand-me-down, as their current device hits the bottom of its usable life. So in all, we’ve had at least one of every non-T OnePlus phone that the company has released, except the OnePlus Two, because it sucked. The point I’m trying to make here, is not the I-was-a-loyal-customer-I-should-get-special-treatment rant like thing we see too often on the Internets, but more along the lines of a I-like-the-devices-and-have-no-trouble-continuing-to-buy-them thing.

With that out of the way, let’s get into what happened. As I mentioned, I broke my phone. It’s actually the first time I’ve ever broke a phone, so the process around how to get it fixed was completely uncharted territory for me. 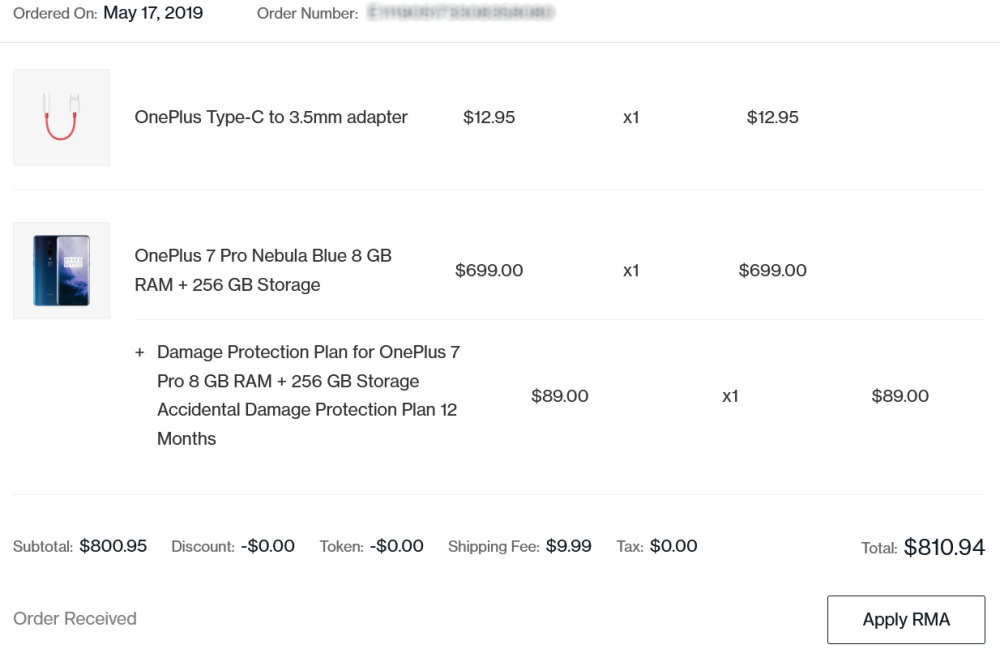 As another first, because of the cost of the OnePlus 7 Pro, I decided to pay $89 for a Damage Protection plan when I bought the phone directly from OnePlus about a year ago. When I bought the phone + plan, there was no indication that a third-party was involved in the transaction so when I broke it, I reached out directly to OnePlus (email screenshot at the top of the page) to see what the process was to fix it. Below is the response chain:

Great, right? Simply send the phone to OnePlus, they fix it, all good. But, as you’ve probably guessed by now… things did not go to plan. With OnePlus sending me an invoice for ~$200 to fix the phone after they examined it. Obviously, that wasn’t inline with what I expected to happen, so I contacted support again; both by phone (thanks Anna), and email (below). The result was the same. 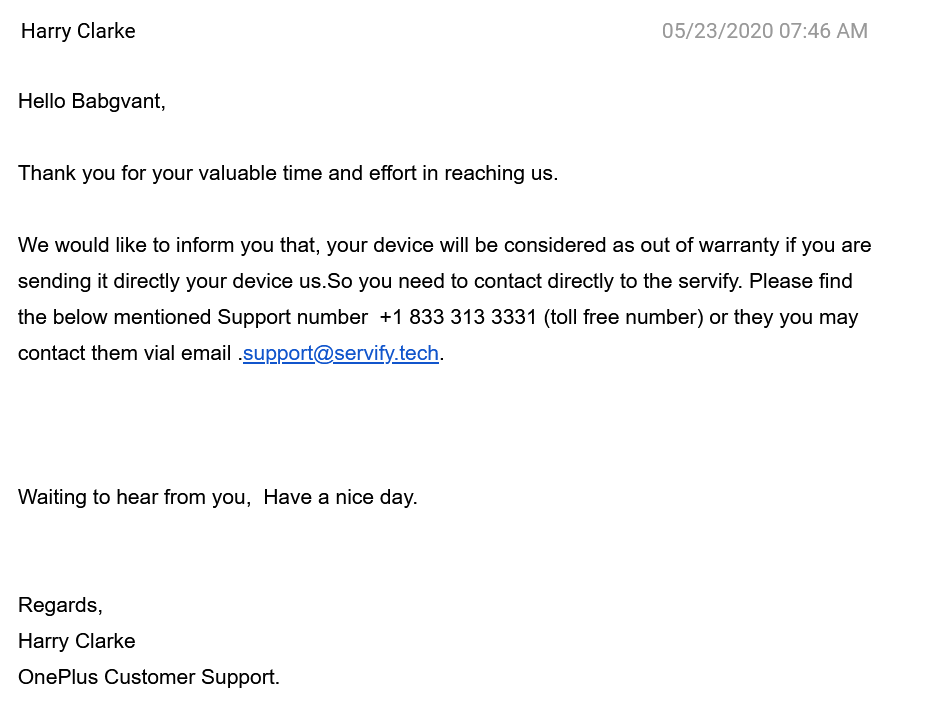 As it turned out, OnePlus actually sold me a third-party warranty when I bought directly from them. So what should have happened when I contacted them originally, was disclosure of that fact, and had that happend this probably would have been a very different post :).

But what did happen, is that because a OnePlus CSR lied to me, my damage warranty expired while OnePlus had the phone in their possession. It’s possible that Servify would have been OK with that, but it’s also possible (and I think more likely) that they wouldn’t. And the phone would have ended back at the OnePlus repair depot, minus however many weeks it took to sort all that out. So instead, I paid the ~$200, and got my phone back yesterday.

What baffles me most in all of this, is OnePlus’ complete disregard for what their CSR (Bryan) told me clear-as-day. How they refused, repeatedly, to stand behind it and burn a positive relationship over $200. I could kind of get that if this had happened over a OnePlus One. They were still a new company then, selling a device that was a massive bargain. But, they aren’t that company anymore, and the OnePlus 7 Pro, while still a well-priced handset, isn’t the predatory-priced device that made OnePlus popular.

Any normal company would looked at the documented exchange between myself and Bryan and figured something out. Even if it wasn’t for the full price of the repair, it would have been something. A signal that the relationship is a continuing relationship, but that’s obviously not what happened. So, as I told Anna when we discussed it on the phone, here I am documenting OnePlus’ lack of integrity as a company on the Internet. Thanks for reading :).

Now, I’m not going to say that I’ll never buy another OnePlus mobile; it could happen, especially as they appear to be refocusing on value. But, I can say for sure that I will think twice, three times, about it. Where before it was a very easy decision for me, now I’m definitely going to skip this cycle. And, any time someone asks me about my phone, and whether I’d recommend it and OnePlus, they will get this story.