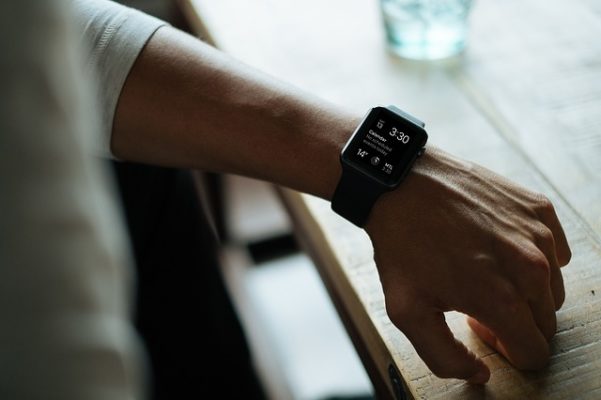 Smart watches are not exactly new. In the 1980s they were sold as “watches-calculator”, for example. Kind of dull, right? The good news is that technological developments followed, and we currently have powerful pieces of wearable technology on our wrists.

Currently, also known as smartwatch or cell phone watches, they serve as an integration between a regular watch and smartphone. This means that they are now, not only accessories that mark the hours, but makes your day to day easier.

Smartwatches have also created some tensions in the Major League of Baseball, as in 2017 the coach of Arizona Diamondbacks was allegedly using one, which according to baseball expert picks, it is forbidden by the game. This is because the smartwatch is such an incredible tool, that creates an unfair game if you are using it to track the stats of the opponents during a game.

Nonetheless, if you are not coaching on the MLB, find out which are the 5 best smartwatches that you can buy in 2019 and its main characteristics.

Apple’s smartwatch comes as the most sophisticated version on the market. The screen is 30% larger than the previous models, now with 40mm and 44mm wide. This allows you to have more information and details, as well as a better organized display.

The Apple Watch 4 also comes with a system that takes an electrocardiogram with the certification of the Department of Health and Human Services of the United States.

The smartwatch battery lasts 18 hours of daily use or 6 hours of physical exercise with the GPS on. The processor is an S4 with two 64-bit cores being more effective and twice as fast as the previous model. The operating system is the watchOS 5 which brings new features and improvements in the fitness component.

The Samsung Smartwatch Galaxy has replaced the previous Gear S models with a very interactive display. Equipped with the Tizen Wearable OS 4.0 operating system, it makes the device intuitive and compatible with Android and even iOS.

The 46mm model’s battery lasts about 4 days and 42mm lasts 3 days. The processor is Dual-core 1.15GHz Samsung Exynos 9110 and there are versions with 1.5GB RAM (4G) and 768MB RAM (Bluetooth). The 4GB of internal memory can be very useful for saving Spotify music offline or other activities you may need on the go.

The most predominant features would have to be the battery life and the magnificent rotating bezel, allowing for greater ease in handling. There is still room to improve such as the charger, with an abnormal format.

The FitBase Versa is a good alternative to the Ionic model. It is a very comfortable, lightweight smartwatch that fits very well to the wrist. It is a good watch to monitor different physical exercises with an accurate measurement on heart rate activity and calories burned. However, the Fitbit Versa does not have visual GPS and you would have to use your cell phone to track the race route.

The battery life of the FitBase Versa is above average and lasts 3 to 4 days. The smartwatch has its own operating system that is compatible with Android, iOS and Windows. It also has 2.5GB of internal memory that you can use to insert music, but it isn’t compatible with Spotify.

The design of the watch is very appealing however the screen is small (1.2 inches) compared to the average of other smartwatches. The battery has 420 mAh that gives for approximately 2 days of autonomy. The processor is a Snapdragon 2100 1.1Ghz with 768mb of RAM and 4GB of internal storage.

The Ticwatch Pro from Mobvoi is a smartwatch for anyone who wants a versatile watch. Equipped with the Wear OS (Android Wear 2.0) operating system, it offers several fitness applications and more. The design of the watch was designed for daily use and not only fitness intended.

One of the great advantages of the Ticwatch Pro is its battery life that can last up to 30 days. The watch has the “Essential mode” that turns off all the features of the smartwatch to extend the battery life as much as possible.

Disclosure: This is a collaborative post and the author’s views here do not necessarily reflect those of the blog owner.